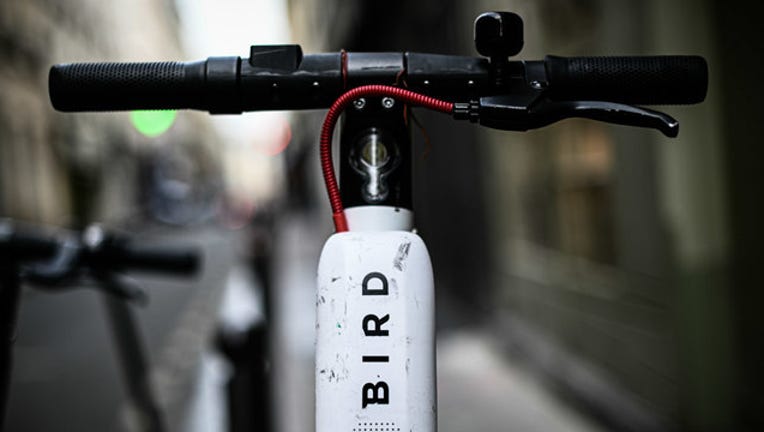 This picture shows an electric scooters of US transportation company 'Bird' parked in a street. (PHILIPPE LOPEZ/AFP/Getty Images)

CHICAGO (Sun-Times Media Wire) - A 45-year-old man on an electric scooter hit a pedestrian and was struck by a car Wednesday in Lake View on the North Side, police said.

About 5:42 p.m., the man was riding an electric scooter in the 2800 block of North Broadway when he crashed into someone on the sidewalk, Chicago police said. The person was not injured in the collision.

Officers saw the man riding the scooter about a block away and turned on their lights and sirens to stop him, police said.

A 28-year-old man in a Toyota Corolla pulled over to the right side of the road in response to the sirens and hit the man on the scooter, police said.

The 45-year-old was taken to Illinois Masonic Medical Center in critical condition, police said. He was cited for riding an electric scooter on the sidewalk.

A police source said the electric scooter was privately owned and not a rental.