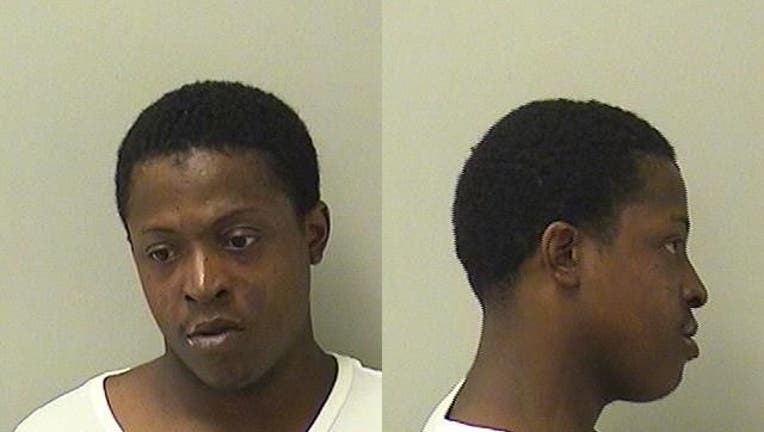 CARPENTERSVILLE, Ill. - Boddy Heard, 37, has pleaded guilty to a Class X felony of armed robbery with a firearm in exchange for 25 years in prison in the Illinois Department of Corrections, state officials announced Thursday.

On Sept. 7, 2016, around 7:30 p.m., Heard and Kenyon Salter, also 37, robbed a business with handguns in the 1600 block of Ravine Lake in suburban Carpentersville, according to police.

The duo restrained two workers at the store, demanded cash, and then fled the business with both money and electronic equipment.

Immediately after, one of the tied up employees freed themselves, got a gun, pursued the suspects in the parking lot, fired bullets and killed Slater. Heard fled the scene in a vehicle, police said.

On Sept. 22, 2016, Heard was taken into custody in St. Louis, Mo., by the U.S. Marshal Service. He was transported to the Kane County Jail and was held there in lieu of $3-million bail.

"Bobby Heard and Kenyon Slater drove to Carpentersville armed with handguns with a plan to commit a robbery at gun-point. Clearly, they never considered consequences. Long after he’s released from prison, Bobby Heard will still have Kenyon Slater’s death on his conscience," Kane County Assistant State’s Attorney Kelly M. Orland said in a statement.

Heard received credit for 1,748 days he has already spent at the Kane County Jail.

Chicago activists are demanding that Gov. Pritzker declare a state of emergency.