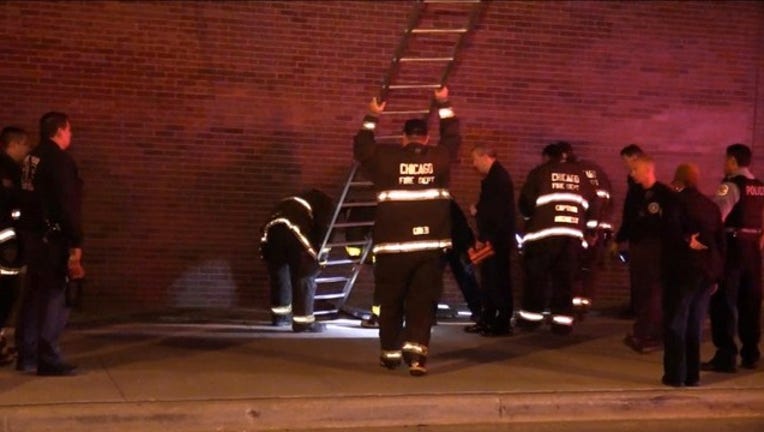 Firefighters rescued a man from a pit under a grated sidewalk in River North early Thursday. | Network Video Productions

CHICAGO (Sun-Times Media Wire) - A man was rescued from a pit under a grated sidewalk early Thursday in River North.

Chicago Fire Department crews could be seen using a ladder to rescue the man from the pit under the sidewalk grates near Kinzie and Kingsbury.

He was taken to Northwestern Memorial Hospital about 3 a.m., according to a CFD spokesman. He had minor injuries and was listed in good condition.

It was not immediately clear how the man ended up in the pit, the fire department said.