On Sept. 9, the Orland Park Police Department responded to a report of an armed robbery at 16101 Wolf Road, authorities said.

When officers arrived, they located a man who had numerous injuries to his head and body.

The victim was transported to the hospital and provided information in relation to the incident, authorities said.

The injured man is the owner of a business that specializes in the installation of surveillance cameras for residential and commercial properties.

He was contacted several weeks prior to this incident by a subject, who was later identified as Khristaan Hillard of Markham. 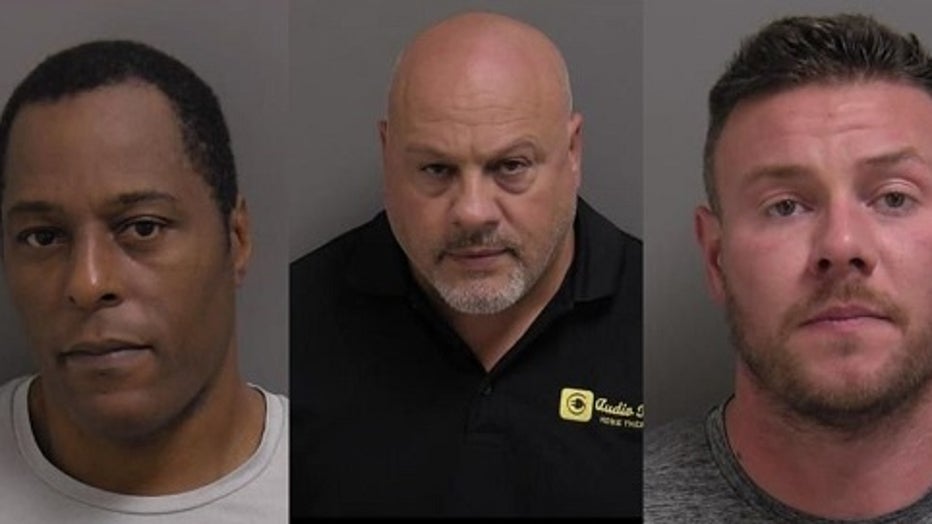 Hillard allegedly requested an estimate from the victim for camera installation of an alleged new business, authorities said.

At about 7 p.m., on Sept. 9, the victim agreed to meet Hillard at the Wolf Road address.

As he began inspecting the property for possible locations for camera installation, he was allegedly attacked by Hillard, who used pepper spray on the victim, threw him to the ground and began punching him, authorities said.

Hillard allegedly stood over the victim and removed the victim’s car keys, wallet and cell phone.

Hillard then accused the victim of stealing from his former employer, Joe Cartolano, authorities said.

Hillard allegedly told the victim that he was a business partner of Cartolano’s and that the victim owed Hillard $50,000.

Hillard then threatened the victim with future harm to him and his family if he did not drop off the $50,000 to the "shop," authorities said.

The "shop" is known to the victim as his former employer’s place of business, Audio Tech, located at 15341 S. 70th Ct. in Oak Forest.

Hillard then ordered the victim to stand up and struck the victim again on the head with an unknown object, authorities said.

Hillard pulled a knife out his waistband, and the victim fled into the surrounding cornfields.

Hillard then left the area, and the victim flagged down a passing motorist, who called 911.

After the attack, the victim allegedly received threatening messages from Hillard, demanding that the victim drop off the money, authorities said.

Orland Park detectives located Hillard living a the Motel Lee in Schereville, Indiana, and on Sept. 16, arrest warrants were secured with help from the Schereville Police Department, and Hillard was taken into custody.

After waving extradition on Sept. 21, Hillard, 51, was transported to Orland Park Police headquarters and was charged with armed robbery and aggravated kidnapping.

During an investigation, police discovered that James Paul, 39, and Joseph Carolano, 50, were involved in the crime as well.

Paul is an employee of Carolano and a friend of Hillard.

Hillard was allegedly recruited by Paul to commit the crime and Hillard would be paid by Carolano, authorities said.

On Sept. 9, Hillard was also allegedly driving a car that is registered to Paul. He also allegedly met Carolano at his place of business — Audio Tech.

Cartolano allegedly followed Hillard to the area of 16101 S. Wolf Road and stood by as Hillard committed the crime, authorities said.

On Tuesday, Cartolano and Paul were taken into custody and charged with armed robbery, aggravated kidnapping and intimidation.

On Thursday, Cartolano and Paul were transported to the Bridgeview Courthouse where they were held without bond.