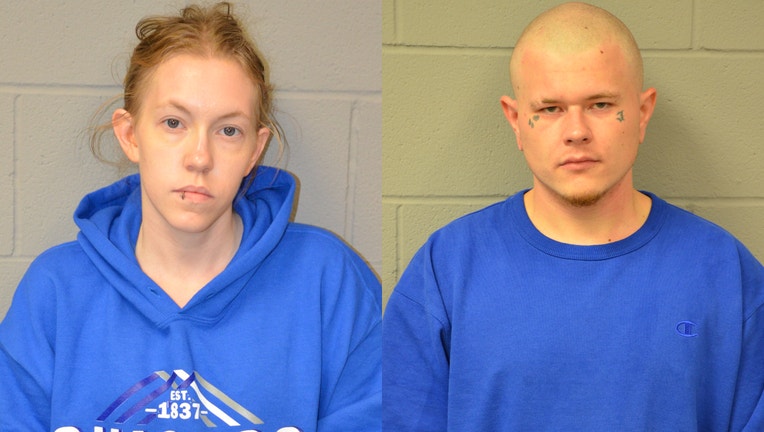 ANTIOCH, Ill. - Two people were charged with fatally shooting a man in Antioch earlier this week.

Jonathan N. Skroko, 28, of South Elgin, and Hailey D. Miller, 24, of Antioch were both charged with first-degree murder.

At about 11:05 p.m. Monday, Antioch police officers responded to the 1000 block of Main Street for a report of shots fired.

When officers arrived, they spoke with a person who heard shots from a nearby apartment. Officers then entered the apartment, and located a 42-year-old man, who was fatally shot.

The victim was identified as Robbie Dickerson of Racine, Wisconsin.

According to preliminary information, Dickerson went to the apartment on Main Street to sell drugs to Miller and Skroko.

During the transaction, police say Dickerson was robbed and shot by Skroko and Miller.

The two then allegedly fled the scene prior to police arriving.

On Wednesday, Skroko and Miller were located at a hotel in the area of Route 41 and Grand Avenue in Gurnee.

Both were taken into custody without incident.

They are being held in custody pending their first court hearing.