ARLINGTON HEIGHTS, Ill. - The FBI is asking for the public’s help in identifying a man who robbed a bank Tuesday morning in suburban Chicago.

Around 9:17 a.m., the FBI responded to a robbery at the Chase Bank located at 43 E. Golf Road in Arlington Heights.

Employees of the bank told authorities that the offender presented a note announcing the robbery, and that he implied he had a weapon but never showed it.

The suspect is described as a Black male, standing 6-foot-1 to 6-foot-3, in his early 20s and with a muscular build. He was wearing a black flat billed White Sox hat, a black facemask, a black jacket, black pants, and white sneaks with black details. 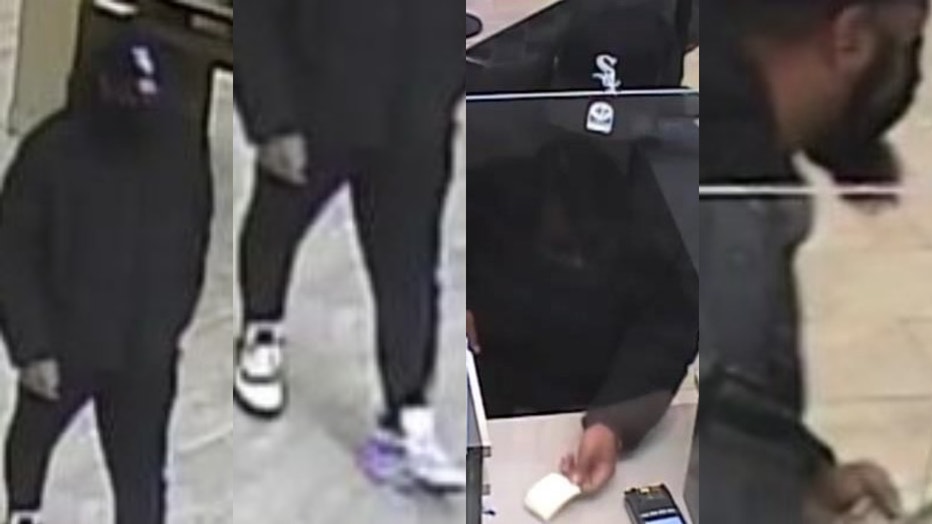 Nobody was injured in the robbery, the FBI said. The suspect is currently at large.