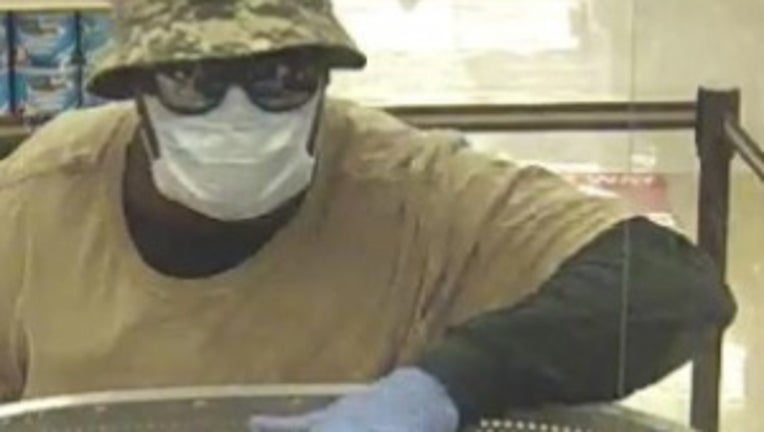 Authorities released surveillance images of the suspect in a bank robbery Aug. 21, 2020, at a TCF Bank at 80 W. North Ave. in Melrose Park. | FBI

MELROSE PARK, Ill. - Authorities are looking for a man who robbed a bank Friday in west suburban Melrose Park.

The hold-up happened about 1:30 p.m. at the TCF Bank inside the Jewel-Osco at 800 W. North Ave. in Melrose Park, according to a statement from the FBI.

The suspect, who implied he had a gun at his waist, was described as a 5-foot-9 man with a “larger build,” the FBI said.