A man shot his stepdaughter before turning the gun on himself outside of a hospital in west suburban Elmhurst, according to hospital officials.

ELMHURST - A man shot his daughter before turning the gun on himself Wednesday outside Elmhurst Hospital in the west suburb, authorities said.

Robert Shek, 73, shot his 44-year-old daughter in the face about 7 p.m. while they sat in a vehicle outside the emergency room at the hospital, 155 E. Brush Road in Elmhurst, according to Elmhurst police and hospital officials.

The woman walked into the emergency room in critical condition, police and Edward-Elmhurst Health spokesman Keith Hartenberger said. While she was being treated, her father shot himself inside the vehicle. 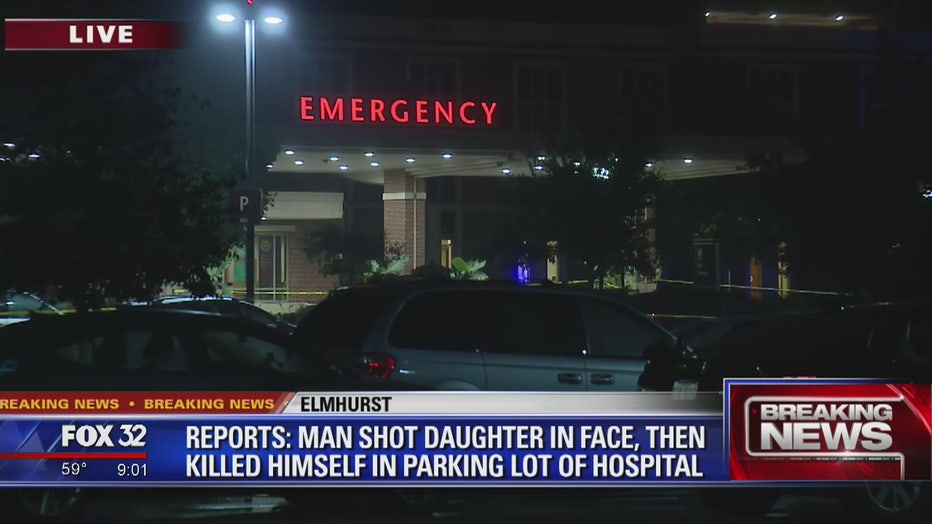 Paramedics brought Shek inside the emergency room for treatment, but he died a short time later, police said. The woman has since been transferred to Loyola University Medical Center in Maywood.

The hospital went on lockdown for about 15 minutes, Hartenberger said. Operations returned to normal after the situation was cleared, and no other injuries were reported.

The shooting remains under investigation, according to police.