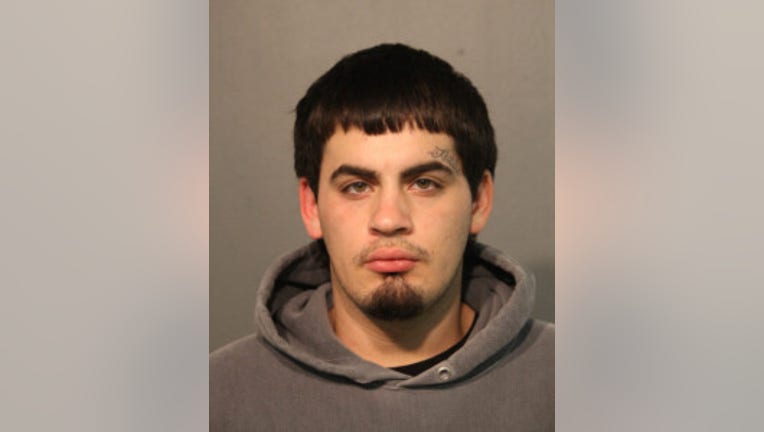 CHICAGO - A 23-year-old Englewood man faces a gun charge after being shot at by Chicago police while allegedly holding a gun Friday in Edgewater Beach.

Eric Guedes ran after being confronted by officers in an alley in the 5200 block of North Winthrop Avenue, Chicago police said.

Officers were called there about 9 p.m. for reports of two men drinking alcohol.

An officer chasing Guedes saw him holding a gun and told him to drop it, police said. Instead, Guedes allegedly turned around and raised the gun.

The officer fired one shot, but didn’t strike Guedes, before arresting him, police said.

FOR THE LATEST IN LOCAL NEWS, DOWNLOAD THE FOX 32 NEWS APP

Guedes was released on bond after appearing in court Saturday on a felony count of unauthorized use of a weapon, according to court records. He is expected in court again Oct. 5.

Chicago police’s 20th District, which stretches from Edgewater Beach to Lincoln Square, has reported eight shootings so far in 2020, according to police statistics. That’s one fewer shooting than the district saw by the same time in 2019. Despite the district’s drop in violence, the entire city has seen a 50% increase in shootings and murders compared to last year.