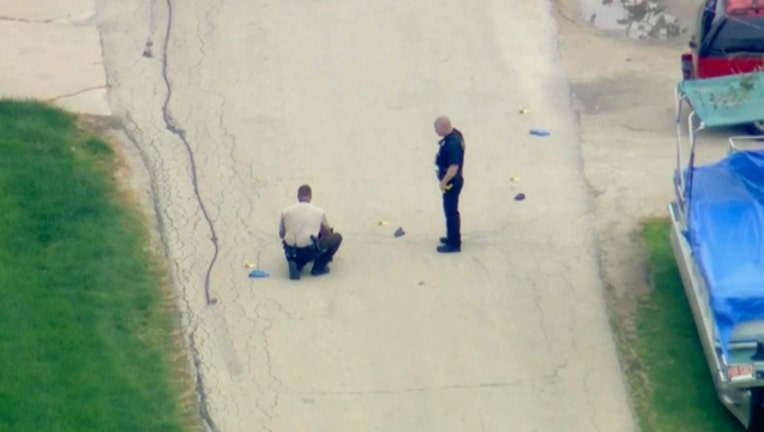 Officers were called at 12:40 p.m. Monday for a calls of gunshots and of a woman pistol-whipped in the 25200 block of South Fryer Street, Channahon police said in a statement.

In the backyard of a home, officers found 73-year-old James Darden with gunshot wounds to his torso, police said. He was taken to St. Joseph Medical Center in Joliet, where he was pronounced dead.

Later, police found a 53-year-old woman who had fled the scene with blunt-force trauma to her head, police said. She was treated at the same hospital for injuries that were not life-threatening. A handgun was recovered from the scene.

The Will County coroner's office has not released details about the death.

The incident was considered domestic in nature and was limited to the home on Fryer Street, police said. Reports of a mass shooting were unfounded rumors, according to police. No children were at home during the time of the incident.

Channahon police have been called to the home previously for other domestic-related calls, police said.

Detectives with the Will and Grundy County Major Crimes Task Force are investigating the incident.