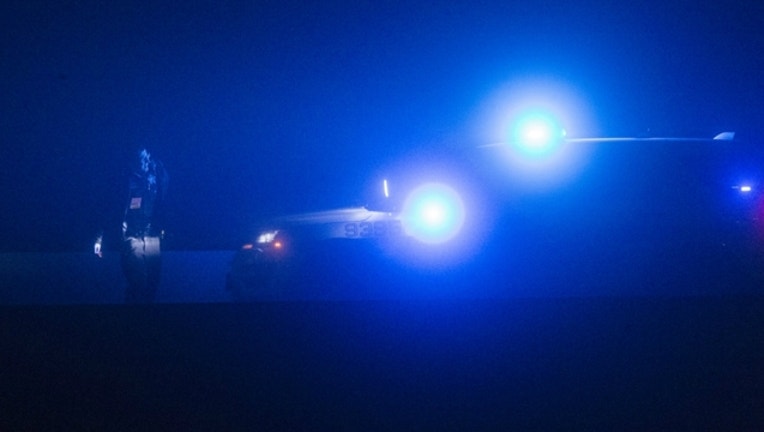 Chicago Police officers investigate the scene of a shooting in the northbound lanes of the 800 block of North Lakeshore Drive. | Tyler LaRiviere/Sun-Times

A vehicle pulled alongside his about 11 p.m. at a stoplight in the 800 block of North Lake Shore Drive, and someone inside started shooting, according ot Chicago Police.

The 40-year-old man was struck in the leg and took himself to Illinois Masonic Medical Center, where his condition stabilized, police said.

Police were seen searching the northbound lanes of Lake Shore Drive for shell casings, their vision obscured by a dense fog.