Man steals money from caricature artist but leaves behind portrait

RIVERSIDE, Calif. - Police in Riverside are investigating a theft at the recent Festival of Lights that unfortunately left a caricature artist without his money but with something that might help police solve this crime -- a caricature portrait of the suspect.

Riverside police say the suspect approached the victim at about 11:50 p.m. on Dec. 5 and asked for a portrait of himself to which the victim agreed. Once the victim finished, the suspect grabbed a money bag that belonged to the victim and contained approximately $500 in cash, the Riverside Police Department said.

The suspect took off but left his portrait behind. 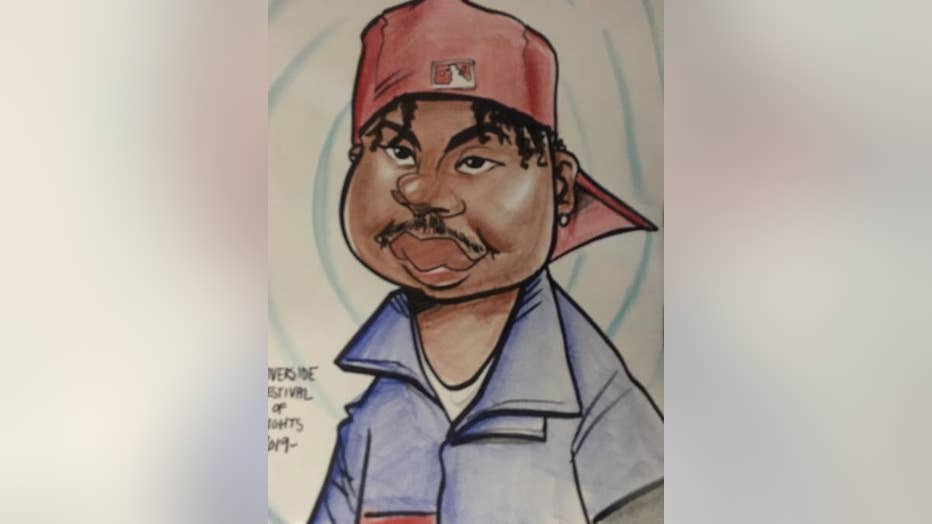 Authorities released the suspect's caricature hoping the public may be able to recognize the man. He was described as a black male adult in his early 20s, about 5-feet 1-inches tall with an average build, black hair and mustache. He was last seen wearing a blue and red jacket, white undershirt, black pants, and red hat.

Anyone with information regarding the suspect's identity or this crime is asked to contact Detective Jeff Putnam at 951-826-2054 or jputnam@riversideca.gov.