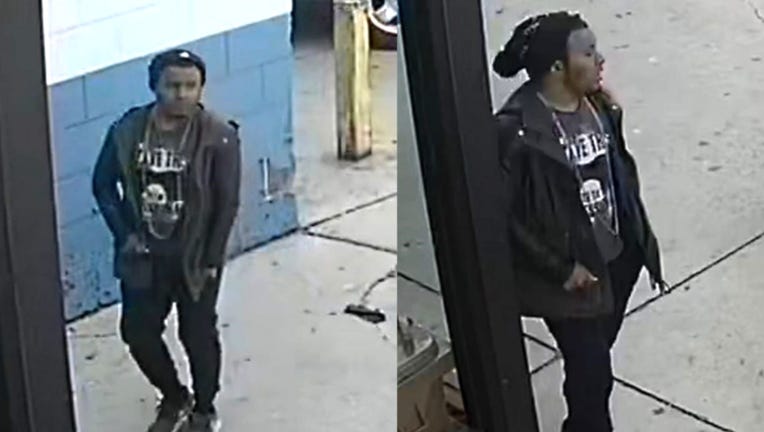 Police say this man is wanted for allegedly exposing himself April 5, 2020, in the 4200 block of West North Avenue. (Chicago Police)

CHICAGO - Police have released photos of a man wanted for exposing himself Sunday to a 12-year-old girl and her mother on the border of Hermosa and West Humboldt Park on the Northwest Side.

They were in the backseat of a parked vehicle about 8:43 a.m. in the 4200 block of West North Avenue when he approached them, starting talking and exposed his genitals, Chicago police said in a community alert.

The man, who has a tattoo of a cross between his eyebrows, ran east on North Avenue, police said.

Anyone with information is asked to call the CPD Special Investigation Unit at 312-492-3810.