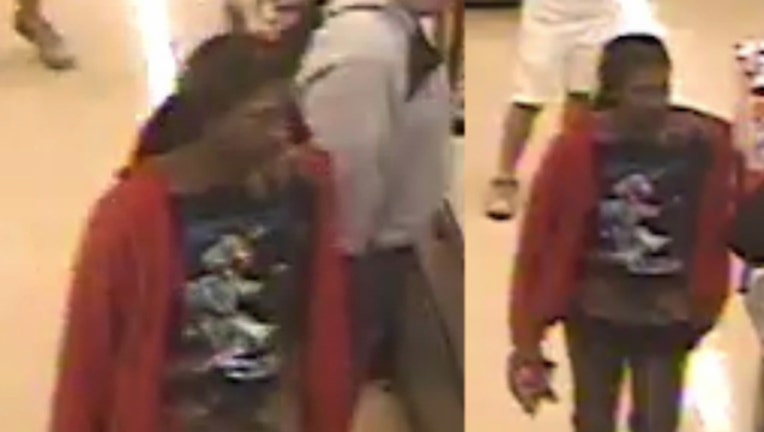 Police are looking for a man wanted for using a phone to record video up a woman's dress Sept. 10 at a South Loop grocery store. | Chicago police

CHICAGO (Sun-Times Media Wire) - Authorities are looking for a man who recorded video up a woman’s dress last month while she shopped at a grocery store in the South Loop.

The 51-year-old woman was shopping about 9:15 a.m. Sept. 10 in a store in the 1300 block of South Canal when she noticed the man was using his phone to film up her dress, according to a community alert from Chicago police.

Authorities released surveillance images of the suspect, who was described as a black man between 18 and 25 years old, police said. He stood between 5-foot-11 and 6-foot-2, wore a red hooded sweatshirt with dark jeans and had brown hair in dreadlocks.

Anyone with information about the suspect or the incident was asked to call Area Central detectives at (312) 747-8380.