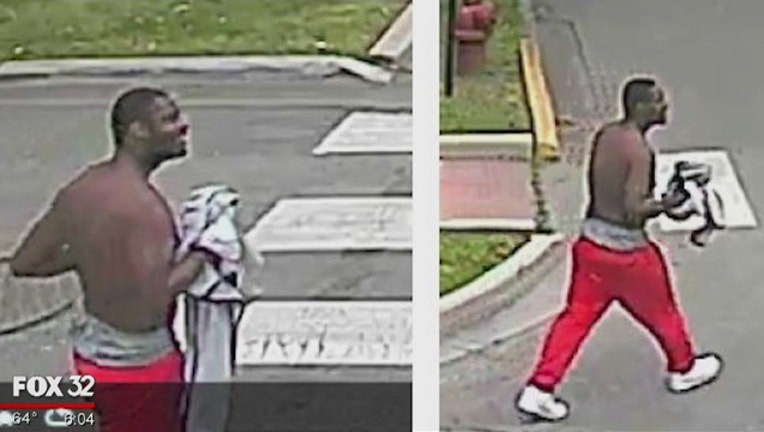 Surveillance images of a man who groped three women and followed another this summer in Little Village.

CHICAGO (SUN TIMES MEDIA WIRE) - Chicago police are searching for a man who groped three women and followed another this summer in Little Village on the Southwest Side.

In three of the incidents, the man walked up behind a female and inappropriately touched her without her consent, Chicago police said. In the fourth incident, he was seen following a female, who ran to a safe place until he left.

In all but one of the cases, the victims were at Shedd Park, 3660 W. 23rd St., just before the incident, police said. Their ages were unknown.

The four incidents happened in the morning and early afternoon:

The man was often seen wearing red pants, police said. No other description was provided.