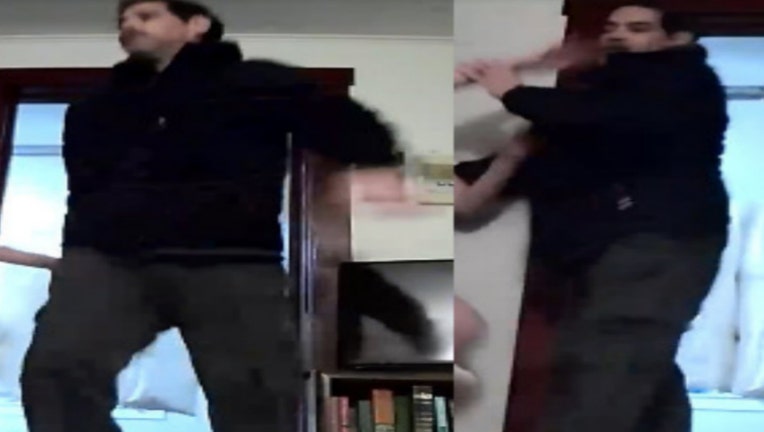 Images released by police of a man who allegedly sexually assaulted a woman Dec. 29, 2019, in the 4200 block of North Francisco Avenue. | Chicago police

CHICAGO - Police are looking for a man who allegedly sexually assaulted a woman Sunday inside her Albany Park home after posing as a delivery driver.

The man was holding a package when the 29-year-old woman answered her front door about 8:10 p.m. in the 4200 block of North Francisco Avenue, Chicago police said. She let the man into the building so he could deliver the package.

The suspect then grabbed the woman and sexually assaulted her, police said. She managed to fight him off and he ran.

He was described as 30 to 45 years old with black hair and a mustache, police said. He was wearing a black zip-up jacket, gray cargo pants and red gym shoes.