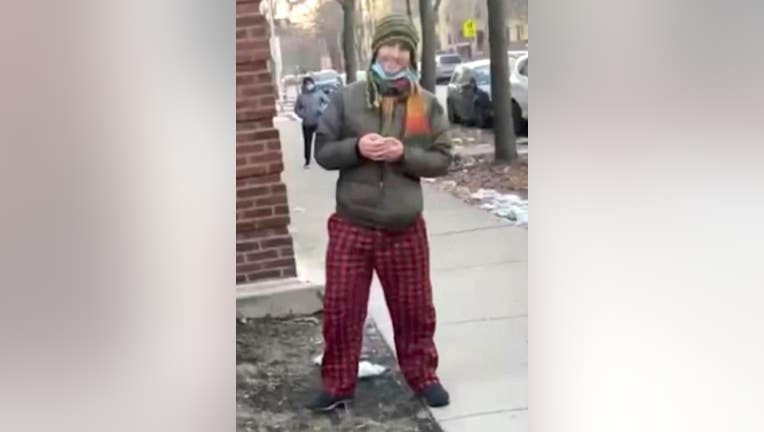 Police say this man is wanted for stalking girls on Jan. 12. | Chicago police

CHICAGO - A man is wanted by police for following and harassing a group of teenage girls Tuesday on the North Side.

He began following the girls about 5 p.m. from Wells Park in Ravenswood into the North Center neighborhood, Chicago police said in a community alert.

Along the way, he allegedly made lewd and inappropriate comments to the girls.

The girls then sought help in a safe location in the 2200 block of West Cullom Avenue, police said.

The man remained outside for a short time and then left. He did not touch the girls.

He wore a green hat with a ball on top, a multi-colored scarf, down puffy jacket and red and black checkered pants.

Police asked anyone with information to call Area Three detectives at 312-744-8261.