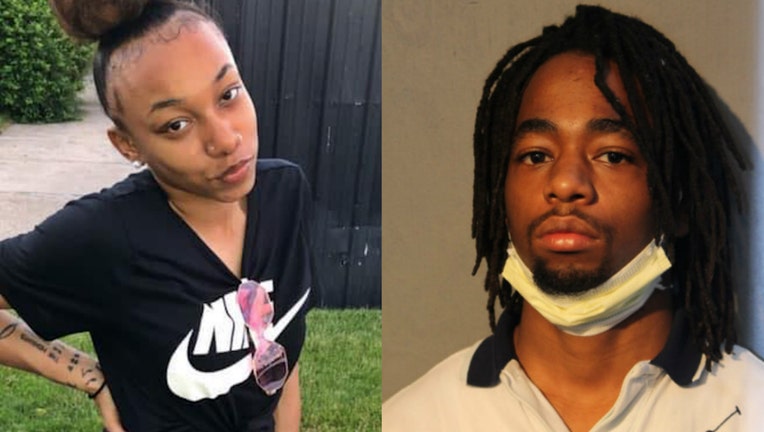 CHICAGO - Treja Kelley’s family was worried for her safety when she testified as a witnesses in a murder trial last year.

Kelley’s family began driving her places and told her to take ride-share cars.

A few months later, Kelley finished work one night in September and took a bus home to the Back of the Yards where she was confronted on a sidewalk by a man paid to “execute” her to keep her silent, Cook County prosecutors say.

Kelley, who was 18 years old and pregnant, was shot five times and died at a hospital.

Kavarian Rogers, 21, later told people he got $5,000 for “nailing a girl who testified against somebody,” prosecutors said in a bond proffer read in court.

Rogers, who had been free on bail for an attempted robbery charge, was ordered held without bail Thursday on a count of first-degree murder.

Kelley testified last June against Deonte Davis, who was charged in the 2016 slaying of her 17-year-old cousin, Christopher Fields. Davis was later convicted of first-degree murder, and is awaiting sentencing in Cook County Jail.

Prosecutors said there are recorded phone calls made from the jail of someone “discussing a female civilian witness” in his murder trial and asking how to prevent her from testifying again, prosecutors said. Davis has not been charged in Kelley’s slaying.

In their case against Kelley’s alleged killer, prosecutors said Rogers was identified by a man walking with Kelley during the shooting.

Rogers also allegedly admitted knowing who Kelley was and that she had a bounty on her head, prosecutor said.