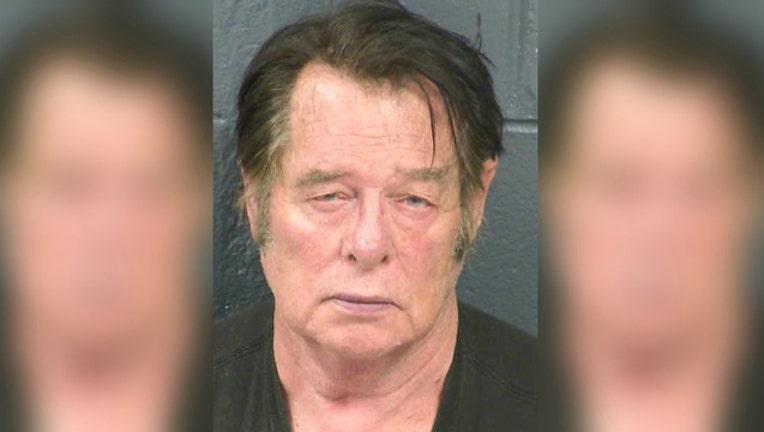 LAS CRUCES, N.M. (AP) - A New Mexico man who is a member of an armed civilian group that has detained migrants near the U.S.-Mexico border and was arrested on suspicion of being a felon in possession of firearms reportedly faced similar charges 13 years ago in Oregon.

Larry Mitchell Hopkins, 69, also was accused of impersonating a police officer in Oregon's Klamath County in 2006 and claimed to be a fugitive bounty hunter, the Santa Fe New Mexican reported Sunday.

The FBI and Sunland Park police arrested Hopkins on a federal complaint Saturday.

Hopkins was booked into the Dona Ana County detention center in Las Cruces and it wasn't immediately known if he had an attorney who could comment on the allegations.

The FBI said Hopkins is from Flora Vista, a rural community in northern New Mexico and approximately 353 miles (572 kilometers) north of Sunland Park, a suburb of El Paso, Texas.

Frank Fisher, a spokesman for the FBI in Albuquerque, said additional information about Hopkins would not be released until after his initial appearance Monday in a Las Cruces federal court.

In 2006, a Klamath County Sheriff's Office report said Hopkins was found at a gas station in Keno, Oregon, showing firearms to youth and telling them he was a police officer.

Hopkins displayed a badge that said "special agent" and numerous medals pinned to his shirt, according to the report obtained by the Santa Fe New Mexican.

The newspaper said the court records were uncovered by the Southern Poverty Law Center which monitors hate groups and extremists in the U.S.

In his guilty plea in the case, records show Hopkins acknowledged to the court that he had given "the impression to others that I was a peace officer" while unlawfully carrying a firearm as a convicted felon.

Armed civilian groups have been a fixture on the border for years, especially when large numbers of migrants come. But, unlike previous times, many of the migrants crossing now are children.

Mexico's Foreign Relations Department, in a statement issued Saturday, expressed "profound concern at the activities of intimidation and extortion of migrants on the part of militia groups on the border of New Mexico ... These types of practices can lead to the trampling of human rights of people who migrate or who solicit asylum or refuge in the United States."