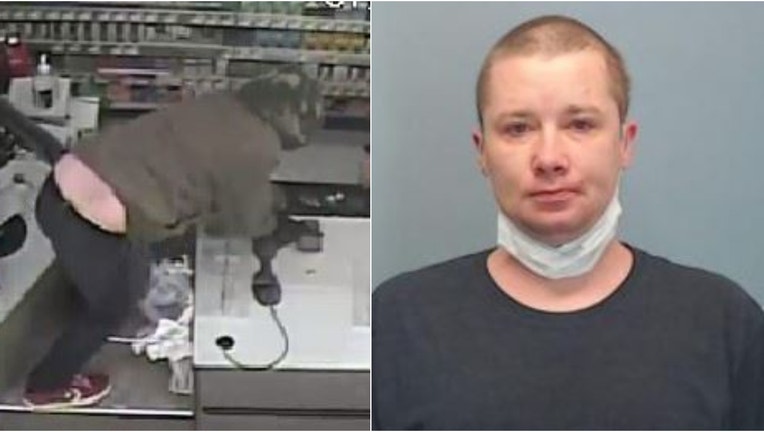 WHEATON, Ill. - A 32-year-old man accused of robbing a Walgreens store with a hatchet on Saturday in Wheaton allegedly turned himself into police two days later.

Jason Zell, of Carol Stream, faces a felony count of armed robbery with a dangerous weapon in connection to the robbery, according to the DuPage County state’s attorney office.

That evening, Zell entered Walgreens at 1601 N. Main St. and approached the register as if he was buying something, prosecutors said in a statement.

On Monday, Zell flagged down a Wheaton Police officer on patrol and turned himself in, officials said.

He appeared in bond court Wednesday and was ordered to be held on $300,000 bail.

He is expected back in court Feb. 11.