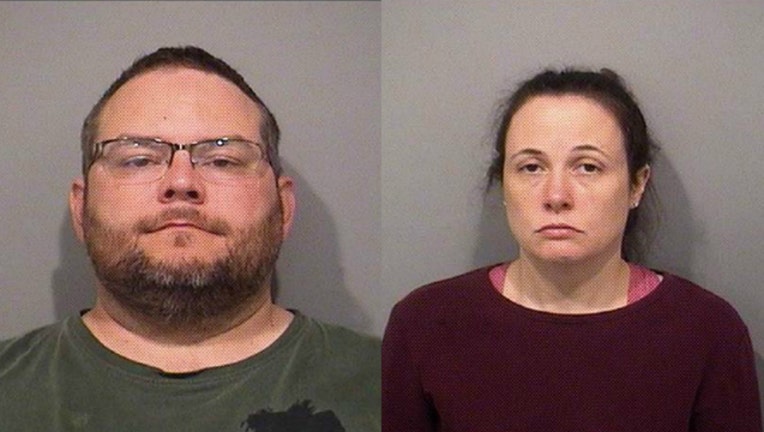 BUFFALO GROVE (Sun-Times Media Wire) - A northwest suburban woman and a southwest suburban man are facing child pornography charges related to the assault of a child under 13 years old.

The investigation started when the Illinois Department of Children and Family Services contacted Buffalo Grove investigators with a tip they received from an out-of-state therapist, police said. Investigators gathered enough evidence to arrest and charge Schubert on May 30.

Further investigation revealed that pornographic pictures were distributed to Akai, according to police. He was taken into custody on June 20.

Schubert was initially ordered held at the Lake County Jail on $1 million bail, police said. Her bail was later reduced to $300,000 and she was released after posting bond on June 7.

Akai remains held at the Lake County Jail on $1 million bail, according to police.

Both defendants are scheduled to appear in court June 27, according to police and the Lake County sheriff’s office.

The case remains under investigation and additional charges could be filed in the future, police said.