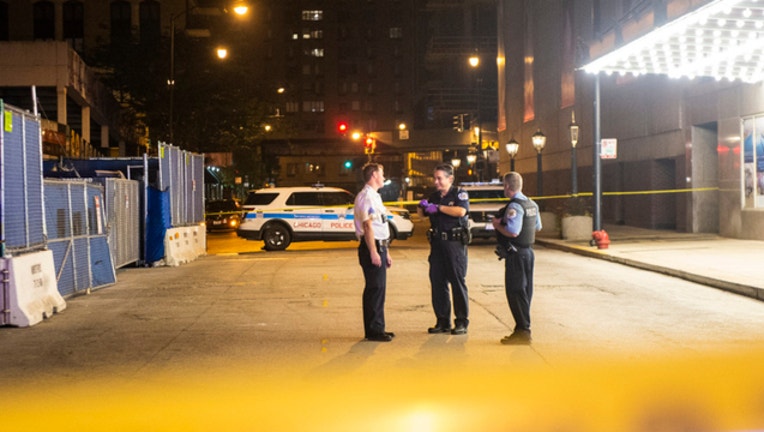 Police investigate a person shot Monday morning in the first block of 8th Street outside of the Chicago Hilton in the South Loop. | Tyler LaRiviere/Sun-Times

CHICAGO (SUN TIMES MEDIA WIRE) - A man was wounded in a drive-by shooting early Monday in the South Loop.

The 26-year-old was walking about 12:10 a.m. outside the Hilton Hotel in the first block of East 8th Street when someone in a passing GMC fired shots, Chicago police said.

The man was struck three times in his legs and was taken to Northwestern Memorial Hospital, where his condition stabilized, according to police.