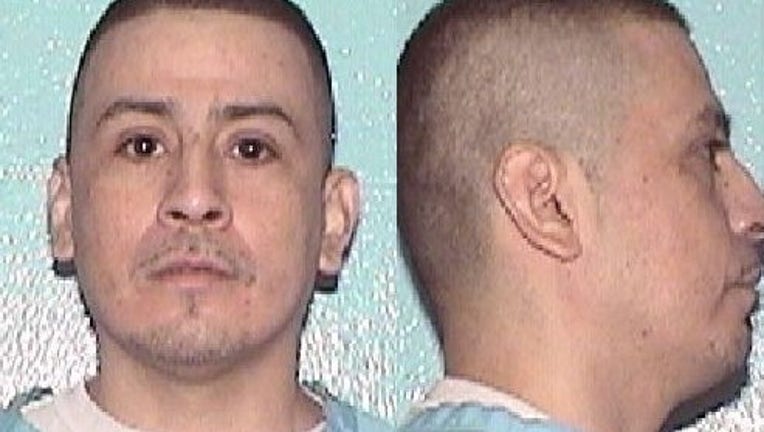 WAUKEGAN, Ill. - A 42-year-old Beach Park man has been charged after he allegedly shot two men outside of a residence in Waukegan.

At about 6:15 p.m. Thursday, Waukegan police officers responded to the 1400 block of Lorraine Place for a report of a person shot.

When officers arrived, they located two male victims, one shot in the head and the other in the back.

Both victims were located in the yard of a single family residence.

The first victim was identified as a man in his 40s from Waukegan. He was shot in the head and transported to the hospital.

He underwent surgery and is listed in serious condition.

The second victim was identified as a man in his 30s. He was shot in the back and transported to the hospital, where he died from his injuries.

During the investigation, officers discovered that both victims were outside of the residence when a masked gunman, identified as Garibay, arrived and opened fire on them.

Garibay then allegedly fled on foot to an unknown vehicle and left the scene.

Witnesses identified the suspect as Garibay.

He surrendered himself to the Waukegan Police Department at about 10 p.m. Thursday.

Police believe the shooting stemmed from a physical fight earlier in the week over a disagreement.

Officers located multiple 9mm casings at the scene, but no gun has been recovered.

Garibay is expected in court Saturday.