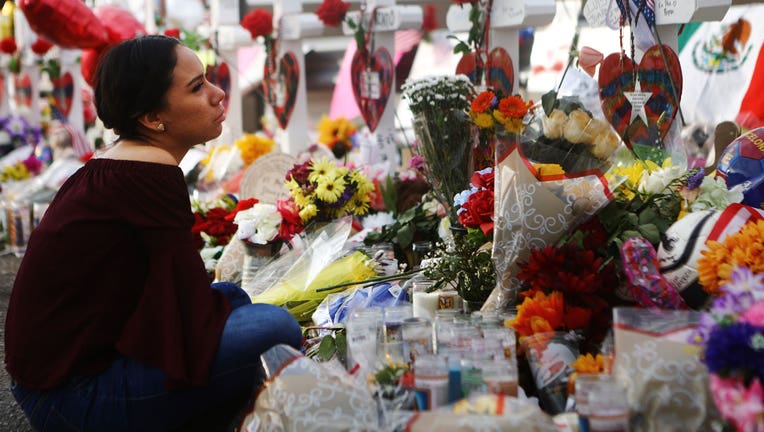 A woman stands by a growing memorial set up outside of a Walmart in El Paso, Texas, where 22 people were killed in a mass shooting. (Photo by Mario Tama/Getty Images)

The first one occurred 19 days into the new year when a man used an ax to kill four family members including his infant daughter. Five months later, 12 people were killed in a workplace shooting in Virginia. Twenty-two more died at a Walmart in El Paso in August.

A database compiled by The Associated Press, USA Today and Northeastern University shows that there were more mass killings in 2019 than any year dating back to at least the 1970s, punctuated by a chilling succession of deadly rampages during the summer.

In all, there were 41 mass killings, defined as when four or more people are killed excluding the perpetrator. Of those, 33 were mass shootings. More than 210 people were killed.

Most of the mass killings barely became national news, failing to resonate among the general public because they didn't spill into public places like massacres in El Paso and Odessa, Texas; Dayton, Ohio; Virginia Beach, Virginia; and Jersey City, New Jersey. 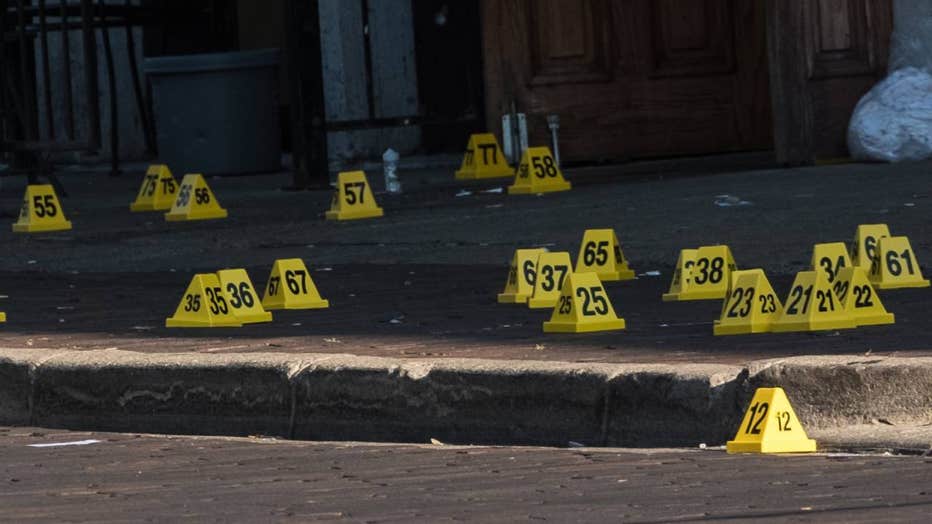 The majority of the killings involved people who knew each other - family disputes, drug or gang violence or people with beefs that directed their anger at co-workers or relatives.

In many cases, what set off the perpetrator remains a mystery.

That's the case with the very first mass killing of 2019, when a 42-year-old man took an ax and stabbed to death his mother, stepfather, girlfriend and 9-month-old daughter in Clackamas County, Oregon. Two others, a roommate and an 8-year-old girl managed to escape; the rampage ended when responding police fatally shot the killer.

The perpetrator had had occasional run-ins with police over the years, but what drove him to attack his family remains unknown. He had just gotten a job training mechanics at an auto dealership, and despite occasional arguments with his relatives, most said there was nothing out of the ordinary that raised significant red flags.

The incident in Oregon was one of 18 mass killings where family members were slain, and one of six that didn't involve a gun. Among other trends in 2019:

- The 41 mass killings were the most in a single year since the AP/USA Today and Northeastern database began tracking such events back to 2006, but other research going back to the 1970s shows no other year with as many mass slayings. The second-most killings in a year prior to 2019 was 38 in 2006.

- The 211 people killed in this year's cases is still eclipsed by the 224 victims in 2017, when the deadliest mass shooting in modern U.S. history took place in Las Vegas.

- California, with some of the most strict gun laws in the country, had the most, with eight such mass slayings. But nearly half of U.S. states experienced a mass slaying, from big cities like New York, to tiny towns like Elkmont, Alabama, with a population of just under 475 people.

- Firearms were the weapon in all but eight of the mass killings. Other weapons included knives, axes and at least twice when the perpetrator set a mobile home on fire, killing those inside.

James Densley, a criminologist and professor at Metropolitan State University in Minnesota, said the AP/USA Today/Northeastern database confirms and mirrors what his own research into exclusively mass shootings has shown.

He believes it's partially a byproduct of an “angry and frustrated time” that we are living in. Densley also said crime tends to go in waves with the 1970s and 1980s seeing a number of serial killers, the 1990s marked by school shootings and child abductions and the early 2000s dominated by concerns over terrorism.

“This seems to be the age of mass shootings,” Densley said.

He and James Alan Fox, a criminologist and professor at Northeastern University, also expressed worries about the “contagion effect,” the focus on mass killings fueling other mass killings.

“These are still rare events. Clearly the risk is low but the fear is high,” Fox said. “What fuels contagion is fear.”

The mass shootings this year include the three in August in Texas and Dayton that stirred fresh urgency, especially among Democratic presidential candidates, to restrict access to firearms. 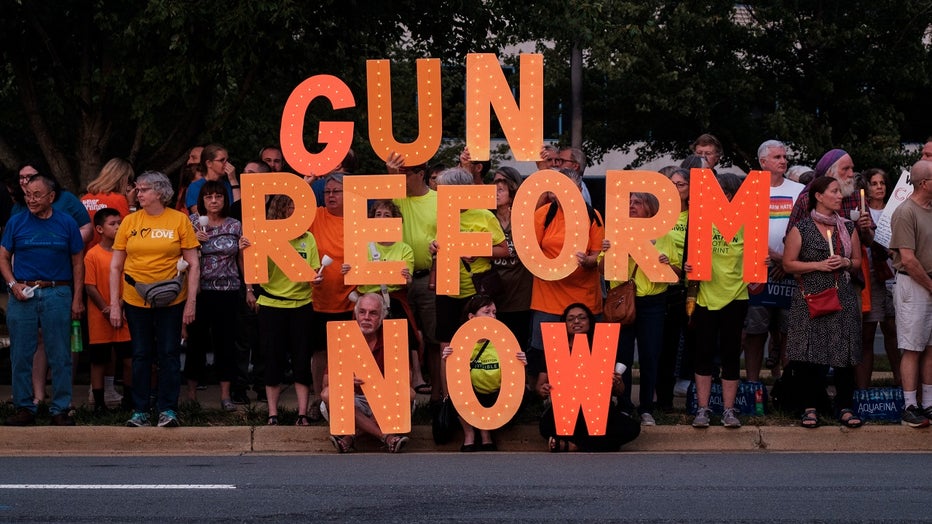 Gun control advocates take part of a candlelight vigil to honor of victims of mass shootings outside NRA headquarters. (Photo by Michael A. McCoy for The Washington Post via Getty Images)

While the large death tolls attracted much of the attention, the killings inflicted a mental and physical toll on dozens of others. The database does not have a complete count of victims who were wounded, but among the three mass shootings in August alone, more than 65 people were injured.

Daniel Munoz, 28, of Odessa, was caught in the crossfire of the shooting that took place between a 10-mile stretch in West Texas. He was on his way to meet a friend at a bar when he saw a gunman and the barrel of a firearm. Instinctively, he got down just as his car was sprayed with bullets.

Munoz, who moved to Texas about a year ago to work in the oil industry, said he had actually been on edge since the Walmart shooting, which took place just 28 days earlier and about 300 miles away, worried that a shooting could happen anywhere at any time.

He remembers calling his mother after the El Paso shooting to encourage her to have a firearm at home or with her in case she needed to defend herself. He would say the same to friends, telling them before they went to a Walmart to bring a firearm in case they needed to protect themselves or others during an attack.

“You can’t just always assume you’re safe. In that moment, as soon as the El Paso shooting happened, I was on edge," Munoz said.

Adding to his anxiety is that, as a convicted felon, he's prohibited from possessing a firearm.

A few weeks later, as he sat behind the wheel of his car, he spotted the driver of an approaching car wielding a firearm.

“My worst nightmare became a reality," he said. "I’m the middle of a gunfight and I have no way to defend myself.”

In the months since, the self-described social butterfly steers clear of crowds and can only tolerate so much socializing. He still drives the same car, still riddled with bullet holes on the side panels, a bullet hole in the headrest of the passenger seat and the words “evidence” scrawled on the doors. His shoulder remains pocked with bullet fragments.

Houses of worship attacked with deadly frequency in 2019

Around the world, deadly attacks on houses of worship took place with relentless frequency in 2019.