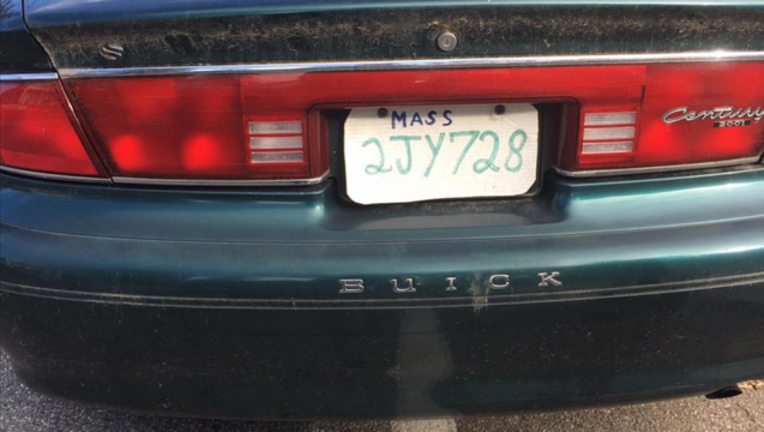 Authorities in Massachusetts stopped a driver who make a license plate out of a pizza box. (Hopkinton Police Department)

FOX NEWS - Authorities in Massachusetts have some simple advice for drivers who may want to make their own licenses plates: don't.

The Hopkinton Police Department, located about 35 miles southwest of Boston, posted a photo Sunday of a Buick that sported a fake license plate.

The fake plate had the word "MASS" written on it with the plate number 2JY728 in green magic marker.

"Here's a little advice to those aspiring to make their own license plates...don't," the department posted to Facebook.

"But if you do, make sure not to use cardboard from a pizza box and magic markers," the post continued.

The driver, who was not named by police, was charged with  operating an uninsured and unregistered vehicle, and attaching "fake home made" plates.