It followed a committee hearing in which critics suggested white men might "manipulate" such a program by pretending to be gay. They pointed to a Hollywood movie featuring two straight white men who get extra benefits by becoming domestic partners.

It was No. 1 at the box office in movie theaters 13 years ago.

"I Now Pronounce You Chuck and Larry” is about two straight New York City firefighters getting extra benefits by faking a gay marriage. It hasn't been forgotten by some Chicago aldermen.

“But how do you have the gay test? We have to be careful,” said Ald. Ray Lopez, 15th Ward.

Ald. Lopez, who is himself gay and married, said he shares the concerns of colleagues. They fear fraud would overwhelm any program to set aside a percentage of city contracts for gay-owned businesses.

Mayor Lightfoot, though, objected to some of their language. 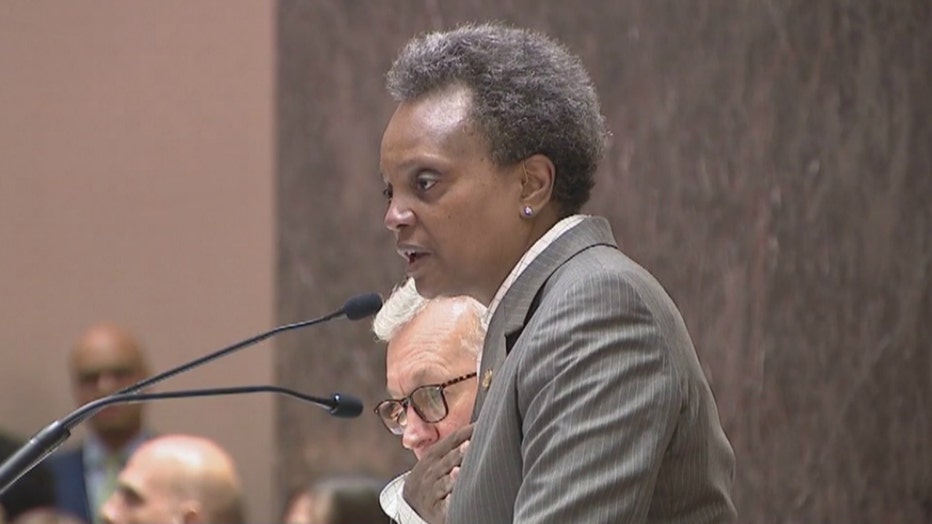 West Side Alderman Walter Burnett, who in Tuesday’s debate pointed to the fake gay guys in the "Chuck and Larry" movie, explained his opposition Wednesday.

“But white gay males? I don't think they're discriminated against! You know, I just gotta say that,” said Ald. Burnett. “I think a lot of them do well.”

In the end, aldermen approved a study of the issue, including whether discrimination here does have an economic impact on businesses with LGBTQ business owners.