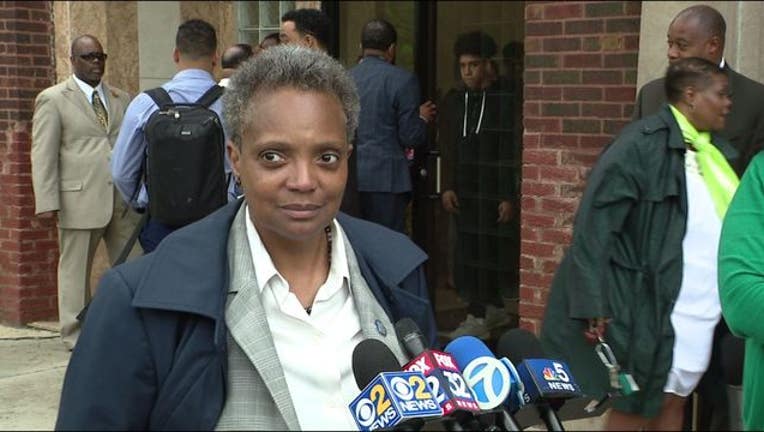 Chicago Mayor-elect Lori Lightfoot on the Sunday morning before her inauguration.

Lightfoot, who was sworn in as mayor on Monday, announced Superintendent Eddie Johnson is among a group of officials from former Mayor Rahm Emanuel's administration staying on the job. Also staying on is Chicago Public Schools CEO Janice Jackson and City Colleges Chancellor Juan Salgado.

Lightfoot also held her first Cabinet meeting Tuesday. She said she will hold group meetings with top city officials on a quarterly basis, interspersed with smaller meetings around subjects such as public safety.

Lightfoot reiterated violence is a major challenge that cannot be "treated as a law enforcement first and only strategy." She says she will have an all-hands-on-deck approach to combat violence.