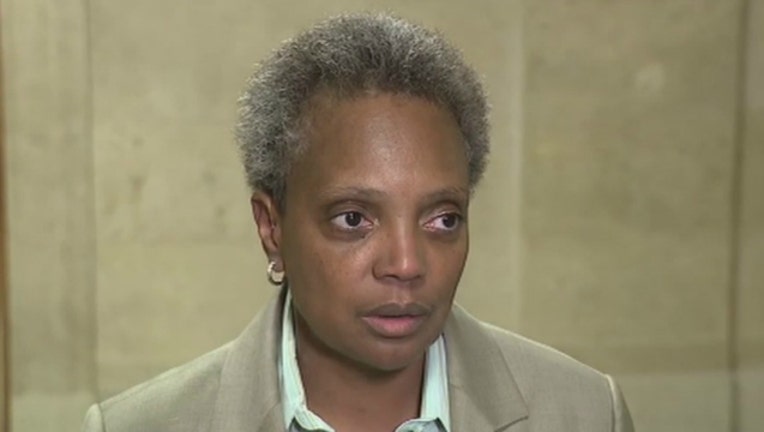 CHICAGO (AP) - Lori Lightfoot made national headlines when she was elected mayor of Chicago and now she's heading to the Big Apple to appear on national television.

The Chicago Tribune reports that Lightfoot is going to New York City for three days - with part of one of those days appearing on "The Late Show with Stephen Colbert."

The openly gay mayor will appear as a special guest speaker at the Democratic National Committee's annual LGBTQ Gala to pay tribute to the growing number of LGBTQ people elected to Congress.

Lightfoot will meet with New York Mayor - and Democratic presidential candidate - Bill de Blasio. She will also meet with former New York Mayor Michael Bloomberg to talk about the environment and climate change.