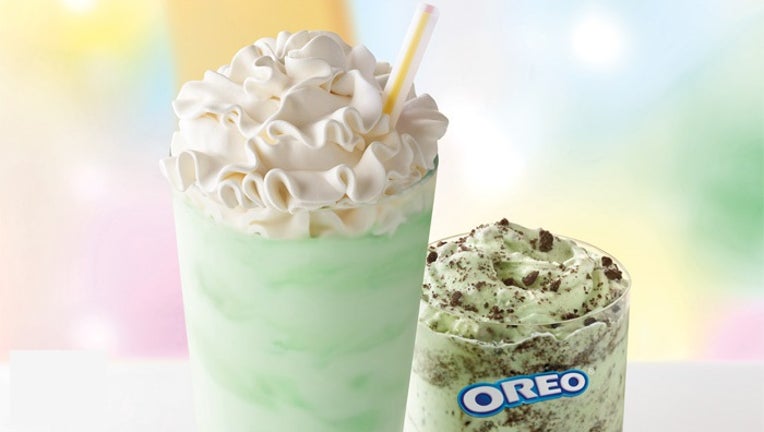 The Shamrock Shake returns on February 15.

McDonald’s is going green. The fast-food chain’s coveted Shamrock Shake returned Monday in all of its minty glory.

The seasonal shake is blended with vanilla soft serve and finished with whipped cream. The sip has served as an edible ode to St. Patrick’s Day before the March 17 holiday for decades.

Indeed, the Shamrock Shake was first made in 1967 by Connecticut-based McDonald’s owner Hal Rosen, who whipped up the shake to celebrate St. Patrick’s Day. The food hype led to its debut at select locations across the country in 1970, according to McDonald’s.

"For more than 50 years, fans have eagerly awaited the annual return of the Shamrock Shake, counting on the arrival of Shamrock Shake Season to mark the unofficial start to spring," McDonald’s Senior Director of Culinary, Chad Schafer, said in a statement.

The fast-food chain will also bring back its Oreo Shamrock McFlurry, which hit menus last year. It’s made with vanilla soft serve, mint flavoring and Oreo cookie pieces blended throughout.

The return of the sweet treats comes on the heels of the chain bringing back its spicy chicken nuggets.

And in other savory news, the chain confirmed to Reuters it was rolling out three new chicken sandwichs on Feb. 24, as fast-food chains continue to compete for chicken sandwich supremacy.