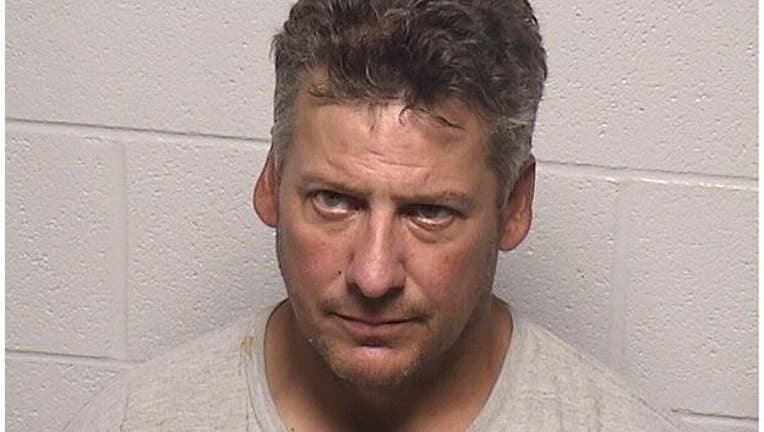 ANTIOCH, Ill. - A McHenry man is accused of attacking his younger relatives with a rifle and machete Friday in an unincorporated area near north suburban Antioch.

Russell Brengman, 52, is charged with two felony counts each of home invasion and aggravated domestic batter as well as one count of unlawful use of a weapon and possession of a firearm without an FOID card, the Lake County sheriff’s office said.

There, deputies spoke to a 20-year-old man and a 13-year-old girl who said Brengman, who is their relative but doesn’t live with them, had forced his way into their home, the sheriff’s office said. Brengman, armed with a rifle and machete, allegedly pointed the gun at the pair and accused the man of stealing his cellphone.

Brengman then struck the man several times with the blunt of the machete and hit him with the barrel of the rifle, the sheriff’s office said. He also allegedly hit the girl with the rifle.

The man was hospitalized with non-life threatening injuries, and the girl did not require medical attention, the sheriff’s office said.

Brengman fled the home before deputies arrived but he was later arrested without incident at a construction site in the 26200 block of West Channel Avenue, where the weapons were located, the sheriff’s office said.

He is being held at the Lake County Jail and is due in court Saturday.