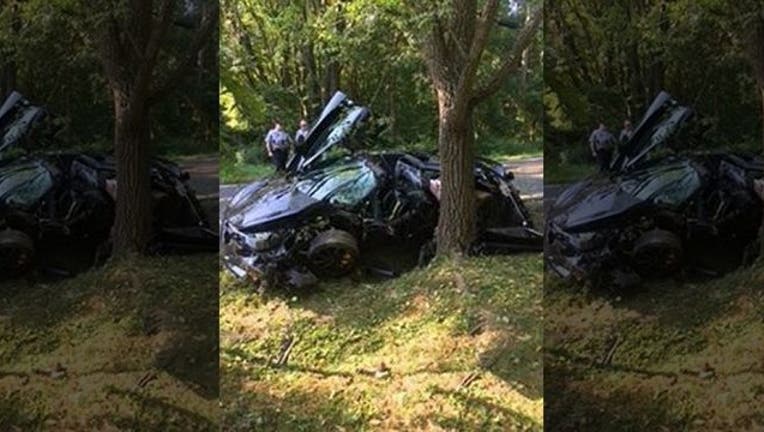 A McLaren 720S sits at the side of the road after it crashed in Great Falls, Va. Saturday morning. (Fairfax County Police Department)

(FoxNews.com) - That's not getting your money's worth.

Police in Fairfax County, Va., said a local driver totaled a McLaren 720S luxury sports car just a day after it was purchased.

The department shared an image of the smashed car on Facebook with the caption: "Purchased Friday. Totaled Saturday." The post added that speed was the main factor in the crash and warned drivers to "slow down, or it could cost you."

The Washington Post, citing police, reported that the crash unfolded at around 7:45 a.m. Saturday in Great Falls, approximately 15 miles northwest of Washington D.C.

This is not the first time a McLaren has met an unfortunate fate this year. In May, police in Nevada found a totaled 720S near Lake Mead. Parts of the car were scattered around the wreck site, but the people inside suffered only scrapes and bruises.