The suspects were found by police in one Louisiana city. Meanwhile, the suspects have returned to Arizona.

PHOENIX - Officials with the Maricopa County Sheriff's Office announced that the discovery of the remains of an Arizona State University professor who was last seen in March.

According to a statement released on July 24, the remains of Jun Seok Chae, along with evidence related to the case, was found on July 17 at the Northwest Regional Landfill, which is located in Surprise. A search for Chae's body had been ongoing in the area since May 11, 2020. Chae's remains were positively identified by the Maricopa County Medical Examiner's Office.

“Finding a victim is beyond a needle in a haystack," said Maricopa County Sheriff Paul Penzone. "A lot of agencies came together, hundreds of man-hours in the sun, going through sifting every piece of dirt in that landfill." 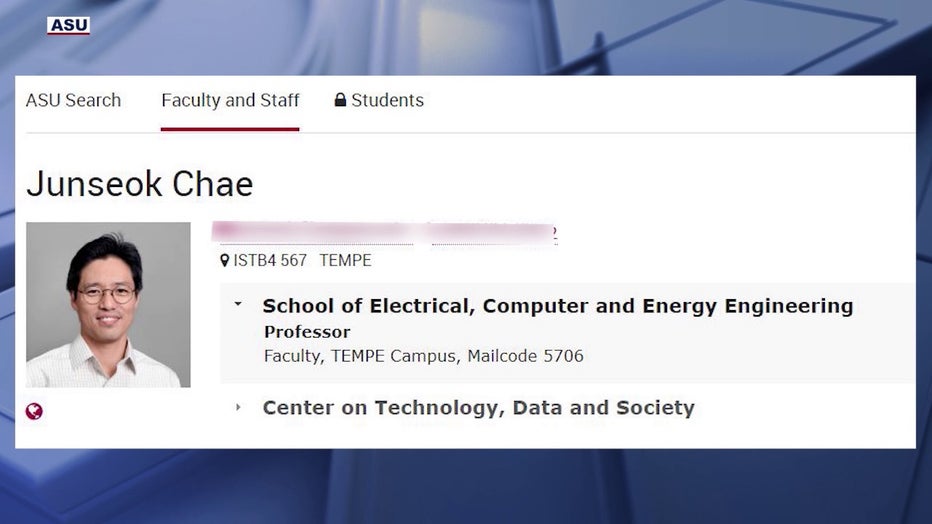 A profile featuring a photo of Junseok Chae, as it appears on the website of ARizona State University.

Chae, according to officials with MCSO, was reported missing to ASU Police after he did not return home from work.

Officials with MCSO say on March 30, they were contacted by police in Shreveport, Louisiana, they detained three people in a suspicious vehicle call where the car was identified as one that was owned by Chae. Shreveport Police officials later obtained statements from the three people which led them to believe that Chae may have been a victim of homicide.

MCSO investigators later determined that Chae was killed near 7th Street and Carefree Highway, and that Chae was placed in a dumpster by the suspects. Evidence were recovered from the area where Chae was allegedly killed. 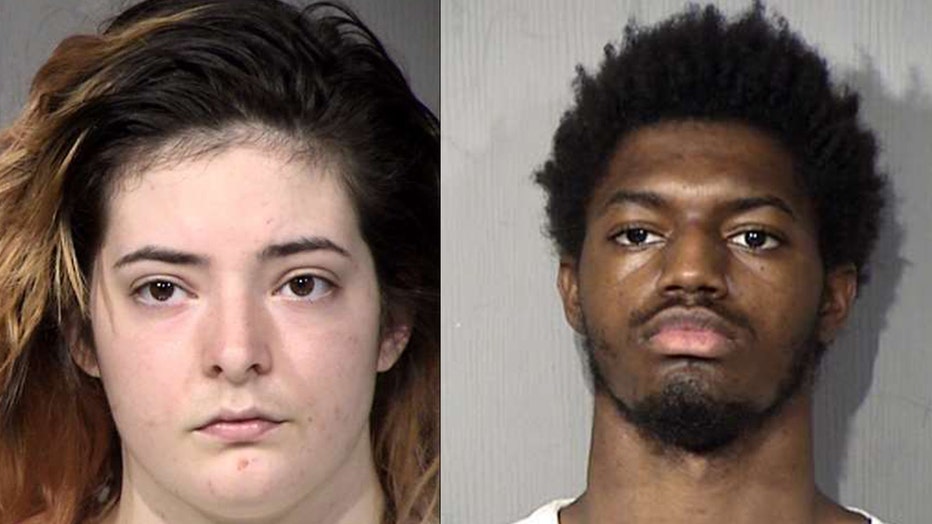 Officials with MCSO say two people, identified as 18-year-old Javian Ezell and 18-year-old Gabrielle Austin, have been extradited to Arizona, and have been booked in jail. Both Austin And Ezell are accused of first-degree murder, armed robbery and theft of means of transportation. a $1 million bond has been set for the two.

Victim worked at ASU for over a decade

Back in May, one of Chae's student remembers his professor being on time for Zoom lectures before he vanished.

Prior investigation at landfills

This is not the first time a criminal investigation has led investigators to a landfill site in the Valley.

In late 2017, the search for a missing woman named Christine Mustafa led investigators to the SR 85 Landfill, located in Buckeye, where it is believed her remains were taken to.

In October 2017, FOX 10 reported on the search effort at the landfill, detailing efforts by law enforcement to find the woman.

"We're looking to be able to pick out anything, from bones to clothing to possible body parts," said Officer Zach Clark with Phoenix Police, who volunteered for the job.

Mustafa's body, however, was never found.

In 2019, a man named Robert Interval was found guilty for his role in Mustafa's death. He was sentenced in June that same year to a 25-year prison sentence.

In an interview with FOX 10 on July 24, Sheriff Penzone admitted the odds of the body being found was against them, but said it have the opportunity for some type of closure.

"If you asked me at the beginning if we had a strong chance to find this man and recover his body, I would have probably been on the cynical side because it’s such a difficult project," said Sheriff Penzone.