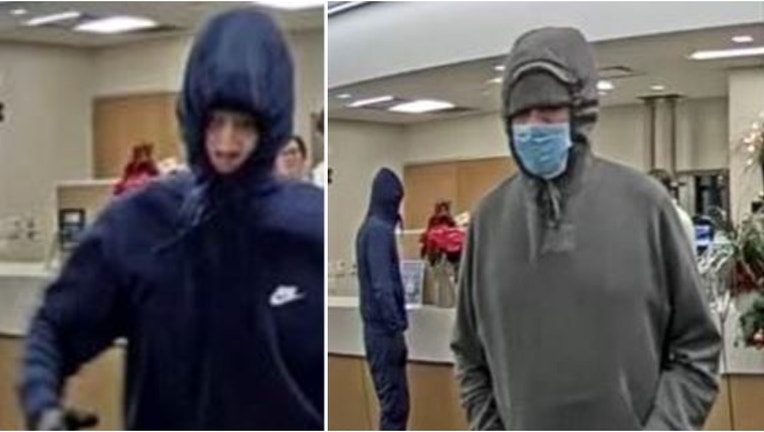 The pair entered Elmhurst-Wintrust Bank at 115 W. Third St. around 4:41 p.m. and one of them gave the teller a note demanding cash while the other served as a lookout, according to Elmhurst police.

The suspect with the note implied he had a weapon but didn't show one, police said.

After getting an undisclosed amount of cash, the suspects fled the bank on foot westbound toward Addison Avenue, police said.

Officers found evidence at the scene that indicated the suspects fled to an alley south of Third Street between Addison and Larch avenues where they may have gotten into a vehicle.

No injuries were reported during the robbery.

Anyone with information regarding the robbery is asked to contact Elmhurst police at (630) 530-3050. 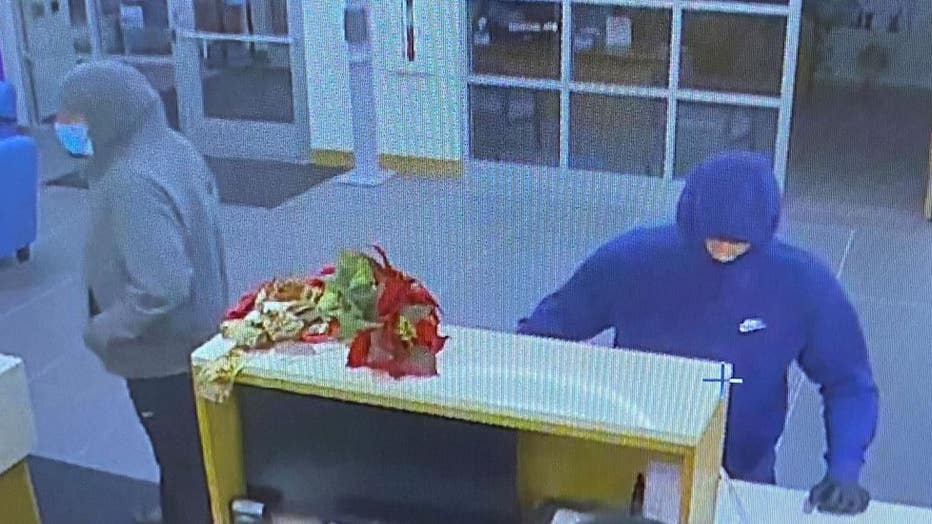