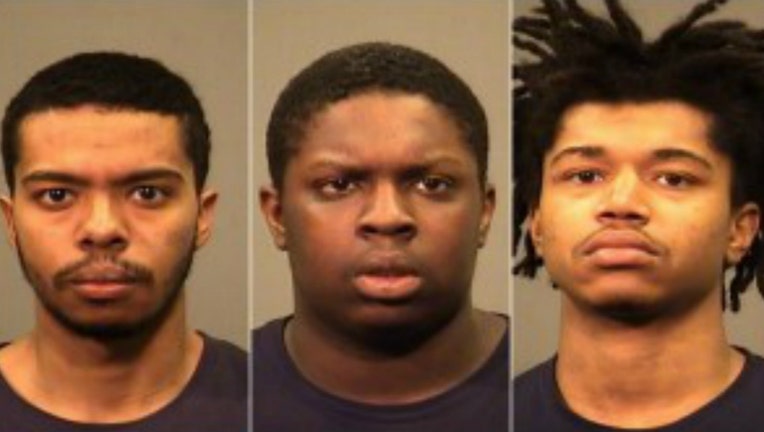 JOLIET, Ill. - Police in Joliet say three men accused of stealing items from vehicles were found snoozing and wearing masks inside one of the cars Sunday in the southwest suburb.

Ed Lewis, 18, Dequan Wayne-Deon Kohnke, 23, and 22-year-old Montee Simpson Jr. are each charged with possession of stolen property, according to Joliet police. Lewis is also charged with burglary to a motor vehicle, while Kohnke was also hit with an aggravated unlawful use of a weapon charge.

The trio was found about 7:48 a.m. in the 6400 block of Baring Ridge Drive by officers responding to reports of a suspicious vehicle, police said. The men were found sleeping in the vehicle with gloves and masks on.

Officers saw “suspected cannabis in plain view” and found multiple items from stolen vehicles inside, police said. Kohnke was allegedly carrying a gun when he was searched.

The men are being held at the Will County Jail, police said. Lewis and Simpson are each being held on $20,000 bail, while Kohnke’s bail was set at $50,000, according to court records. They are set to appear in court Wednesday.