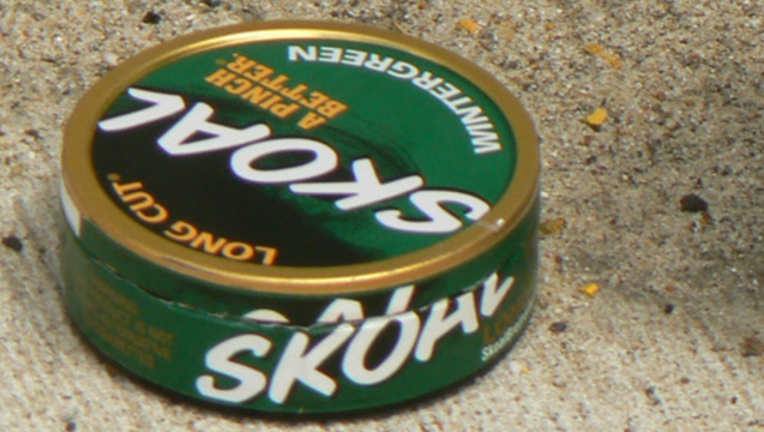 WASHINGTON (AP) - Some varieties of Skoal, Copenhagen, Cope and Husky brand smokeless tobacco are being voluntarily recalled amid complaints of metal objects, some of them sharp, being spotted in cans.

The U.S. Food and Drug Administration says all of the recalled products were manufactured at U.S. Smokeless Tobacco Company's facility in Franklin Park, Illinois. The FDA says the company initiated the recall after getting eight consumer complaints about the metal objects in six states. The FDA says the object was visible in each case and there have been no reports of industry.

Most of the company's cans are not affected by the recall.