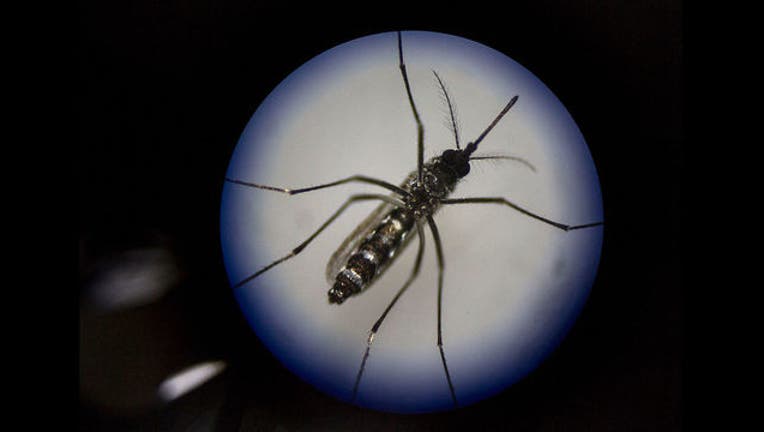 An adult female mosquito is seen uder a microscope at the Sun Yat-Sen University-Michigan University Joint Center of Vector Control for Tropical Disease on June 21, 2016 in Guangzhou, China. (Photo by Kevin Frayer/Getty Images)

MICHIGAN (FOX News) -- For the first time since 2016, a Michigan resident has been diagnosed with a case of Eastern equine encephalitis (EEE), a mosquito-borne virus that can lead to “lasting brain damage” and even death, the state’s Department of Health and Human Services said in a Monday statement.

The news comes after the Lansing resident, who has not yet been identified, was hospitalized in August “with a neurological illness,” the department said. The case is the first in the state since three people were infected in 2016.

EEE is transmitted through the bite of an infected mosquito. The infection is “a virus of birds that is spread by mosquitoes near swamps and bogs,” according to the Michigan Department of Health and Human Services.

While rare in humans, the disease is deadly.

The Center for Disease Control and Prevention reported that nearly a third of those diagnosed with EEE die, while those who survive “have mild to severe permanent neurologic damage.”

“An average of 7 human cases of EEE are reported each year in the United States. Florida, Georgia, Massachusetts, and New Jersey typically have the largest number of cases. EEEV transmission is most common in and around freshwater hardwood swamps in the Atlantic and Gulf Coast states and the Great Lakes region,” the CDC continued.

Those at risk of contracting the virus -- named in part because horses are susceptible to infection, according to the CDC -- is greater for those who “engage in outdoor work and recreational activities” in the areas where the virus is more common.

Symptoms of an EEE infection include fever, headache, chills and nausea, according to the department. However, the CDC also noted that “it is possible that some people who become infected with EEEV may be asymptomatic.”

While a vaccine is available to protect horses from the virus, there is none for humans.

“There is still plenty of mosquito season left in Michigan,” Dr. Eden Wells, the Michigan Department of Health and Human Services’ chief medical executive, said in the statement.

"Michigan residents are urged to take precautions to protect themselves and their families from mosquito bites including using mosquito repellent and wearing long pants and long sleeves,” while outside, Wells said.

Other tips to prevent mosquitos include using screens on windows and doors and avoid going outside at dusk and dawn, when the insects are most active. Emptying standing water areas where mosquitoes lay eggs -- such as tires, bird baths, and buckets, among other items -- is also important for prevention, the CDC said.