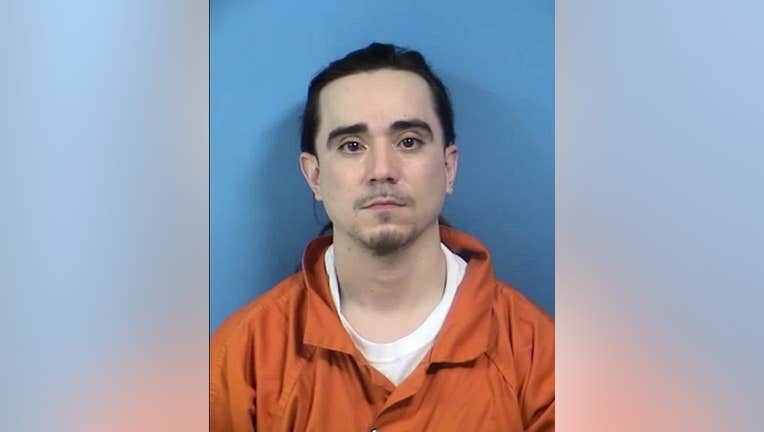 ELMHURST, Ill. - Bond has been set for a Cook County man accused of fleeing from police in a motor vehicle.

At about 1:30 p.m. Wednesday, an Elmhurst police officer observed a 2020 Nissan near the intersection of St. Charles Road and Fair Avenue that was allegedly carjacked in Chicago Tuesday.

The officer began to follow the Nissan. At that time, the vehicle accelerated at a high rate of speed, prosecutors said.

The Nissan then turned southbound onto Spring Road, and the officer activated his emergency lights — attempting to conduct a traffic stop.

The vehicle did not stop and continued driving through a residential neighborhood at a high rate of speed, prosecutors said.

The Nissan then allegedly struck another vehicle as it turned onto Spring Road and caused damage to his vehicle.

The officer broke the window of the Nissan to remove the driver due to significant damage of the stolen vehicle, prosecutors said.

During a search of the vehicle, the officer allegedly found a baggie containing cocaine.

Police identified the driver as Guerrero and transported him to a local hospital for medical treatment.

He was treated and released.

"The lawlessness and complete disregard for the safety of the general public allegedly displayed by Mr. Guerrero as he led an officer on a high-speed chase in the middle of the afternoon through a residential neighborhood in a stolen motor vehicle will not be tolerated in DuPage County and will be prosecuted to the fullest extent of the law," said DuPage County State’s Attorney Robert Berlin.

A judge set bond at $1 million for Guerrero. His next court appearance is scheduled for April 1.