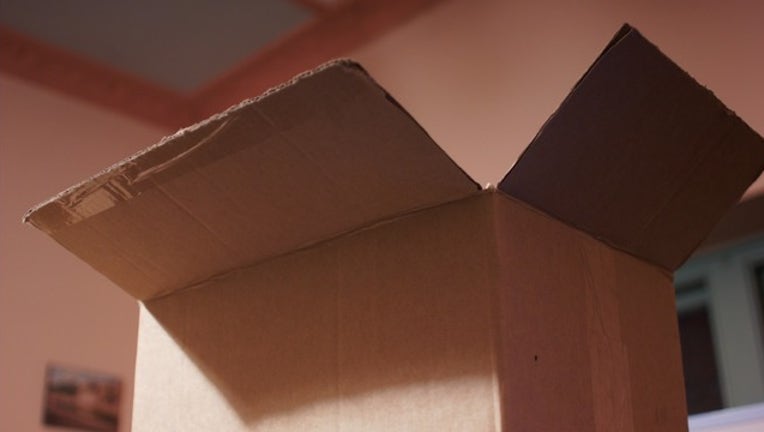 Moving is nothing new for Air Force Senior Master Sgt. Bill Weir's family, but their latest transfer was the bumpiest yet.

The Italian moving company the military hired to ship their belongings to New Mexico ruined artwork by wife Vennita, a professional artist. The crew boxed paintings with leaky liquid containers, broke a sunflower sculpture and damaged frescos made at a Florence art school. Especially hurtful, Vennita Weir said: The movers destroyed a Rapunzel figurine their 5-year-old daughter received during a Disneyland Paris trip to celebrate her father's return from Afghanistan.

"How do I tell her that special little figurine we got to commemorate that special day ... is gone?" said Weir, who has made three moves in six years with her husband, who has made nine in 24 years of service. "Her Barbie house is broken beyond repair because they just shoved it in a box. There are all these little things."

Weir is one of several military spouses who told The Associated Press stories of frustration, theft, carelessness and dishonest workers during 2018 transfers, with Bill Weir and others calling this year's move the worst they have experienced.

Organizer Megan Harless, an Army veteran whose husband Aaron is a major, said she posted the petition after her family's recent move from Fort Leavenworth, Kansas, to Fort Eustis, Virginia. Movers improperly wrapped china, threw boxes carelessly onto the truck, and lost or stole bags containing the couple's shooting accessories, she said.

"This really is a bad year," said Harless, whose family has moved nine times in 13 years. Once-isolated problems are now "across all branches, all locations."

The military has no exact statistics on problem moves but said surveys show a slight drop in satisfaction. Maj. Carla Gleason, a Pentagon spokeswoman, said the issues arise from a nationwide shortage of truck drivers and a low unemployment rate that has "made it very difficult for providers to find quality labor."

"We are very sympathetic to the sacrifices that our members make and do our best to make sure that high quality providers are moving their possessions. Unfortunately, not every move is perfect," she said.

When the AP contacted a military families Facebook group about transfer experiences this year, complaints came from across the country.

Traci Mayes handled her family's move from Jacksonville, Florida, to Naval Station Great Lakes near Chicago while her husband, Petty Officer 1st Class William Mayes, was deployed. With a 6-year-old son and 3-year-old daughter, she was happy when Shur-Way Moving expedited their delivery from October to Aug. 15. But two crates are missing -- including a 70-inch television; supplies for her T-shirt business; and her son's clothes, toys, karate awards and a bank made by his great-grandfather.

"He kept asking me, `Are the movers mad at me? Did I do something wrong?"' Mayes said. "Trying to explain that to a 6-year-old is very tough."

Also missing, she said, are family letters, photos and birth announcements. She filed a claim for $26,000.

Joe Ambrose, a Shur-Way operations manager, apologized for losing Mayes' belongings but said the company is checking 1,700 storage vaults in hopes of finding them. He doesn't think they were stolen -- company employees must pass background checks and surveillance cameras blanket the warehouse. Sometimes crates are mismarked, he said, or delivered to the wrong person, who dishonestly keeps the goods.

"With the amount of tonnage that is handled in a short time during peak season, which is summer, there are going to be service failures," he said.

But not all moving companies fully vet their workers, as Navy wife Amy Alvarez learned. After her husband, an enlisted sailor for 18 years, and their 2-year-old daughter arrived in Hawaii from Jacksonville this summer, the couple noticed his supposedly crated iPad had uploaded new photos to their online storage. They didn't recognize anyone until they saw a Stewart Moving & Storage crew member.

"He stole it. That was the only conclusion we had," Alvarez said.

Stewart Moving apologized for the theft, saying in a statement that it doesn't do background checks on temporary workers like Fort and might stop using temps altogether.

"The people they hire, they need to put a little more thought into it," Alvarez said angrily.