Milwaukee police announced on Thursday, March 24 that a 14-year-old girl and a 16-year-old girl were arrested in connection to the abduction of a 3-month-old boy.

MILWAUKEE - Milwaukee police announced on Thursday, March 24 that a 14-year-old girl and a 16-year-old girl were arrested in connection to the abduction of a 3-month-old boy.

The boy's mother said she is grateful for the community support and for the work Milwaukee police put in to recover her son.

"Only thing I can do right now is thank god, that they found my baby," the mother, who asked not to be named, said. "I really thank the community, because I see there was a lot of people out here, the Milwaukee Police Department. They did a good job."

The 35-year-old said she was trying to help the teens who are now accused of taking her son. She told FOX6 News that she meet them at a nearby store, and they told her they were trafficking victims in need of help.

"They basically lied to me, like they was being trafficked and molested," she said. "I offered for them to come to my house to find somewhere to go, and if they didn’t have a ride I was willing to call an Uber or a Lyft for them to get to where they got to go, but they never stayed here. That was never the intention. It got a little late, I end up dozing off, and when I dozed off my baby was gone, they was gone and my door was unlocked." 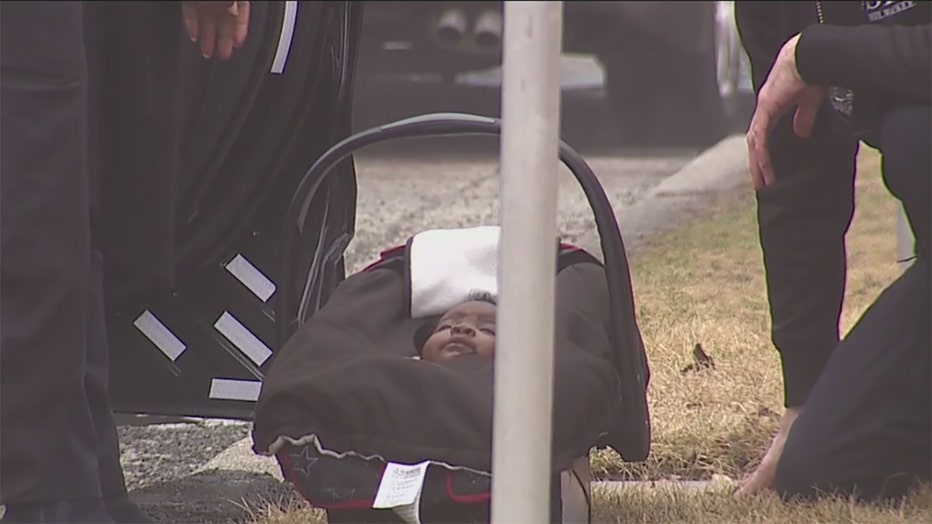 An Amber Alert was sent out Wednesday morning. Around 1:10 p.m. that afternoon, an investigative lead led officers to a home near 44th and Fiebrantz. There, the boy was found safe and unharmed, and the teens were arrested.

"It was just crazy. Why would you take my baby while I was sleeping?" the mother said. "They could’ve took my cellphone, they could’ve took the games, the computer tablets anything – but y’all took my baby, like why?"

Scene near Sherman and Marion, Milwaukee

The mom has many questions into the teens' motives. For now, she is grateful that her son is back in her arms where he belongs.