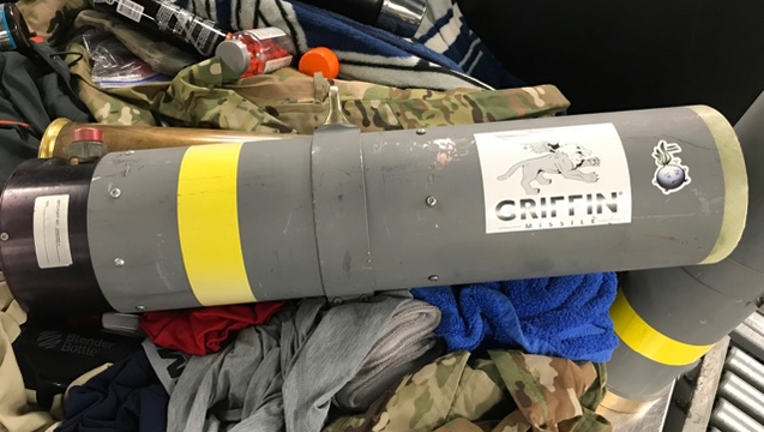 LINTHICUM, Md. -- Officials at an airport outside of Baltimore say they found a missile launcher in the checked baggage of a passenger early Monday morning.

The incident was reported at Baltimore/Washington International Thurgood Marshall Airport in Linthicum, Maryland. Transportation Security Administration officers contacted police after they spotted the missile launcher and tracked down the traveler who was detained for questioning.

Authorities say the man, a resident of Jacksonville, Texas, told officials that he was active military personnel and was traveling home from Kuwait. He told them he wanted to keep the missile launcher as a souvenir.

The missile launcher was not active, according to officials. It was confiscated and handed over to the fire marshal for safe disposal.

Military weapons are not permitted in checked or carry-on bags. The man was permitted to catch his flight.