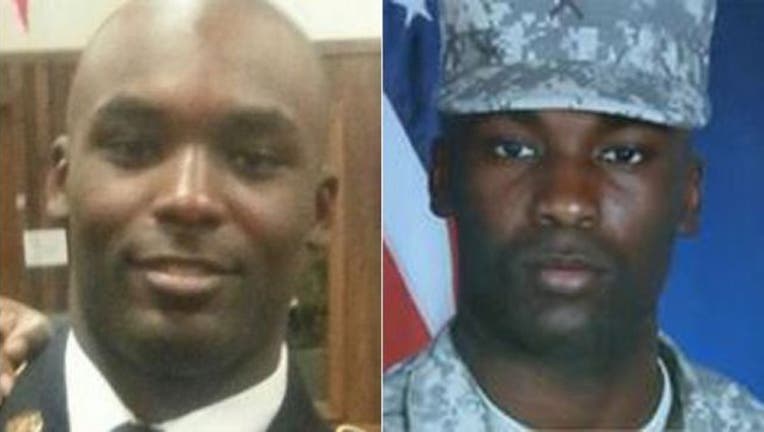 Police said an Army reservist found dead in a St. Louis alley Thursday had been shot, while family members said he was going to look at a used car advertised on Craigslist before his disappearance.

Workers for a demolition company found the body of Robert Lovings Polk, 22, in the Baden area of north St. Louis. The St. Louis Post-Dispatch reported Polk's remains were concealed behind a piece of drywall in a garage. Worker Daniel Parker told the Post-Dispatch that he and his colleagues had smelled a strong odor when they had been at the property the previous two days, but assumed it was a dead animal.

"It really did freak me out because we never knew when we removed that drywall that we would find a dead body there, " worker Jerry Montaque told KTVI. "It stunned me; I just had to get myself together and walk away for a minute."

Parker said that Polk was lying facedown and was wearing a black hooded sweatshirt. He added that he saw seven or eight shell casings in a nearby street. "It looks like he had been dragged there because there was a blood trail," he said.