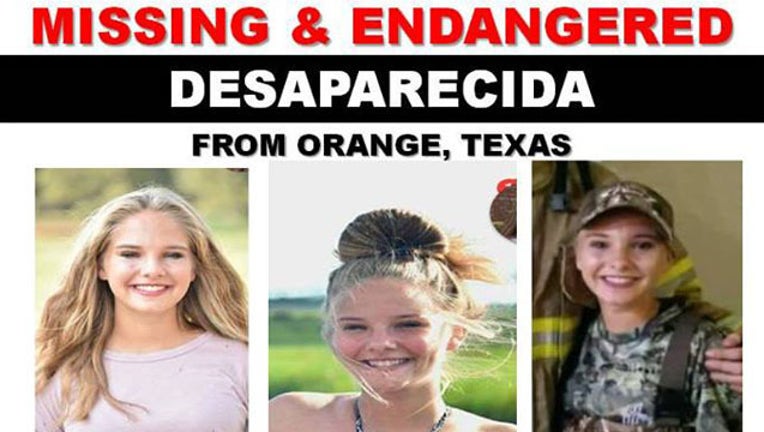 UPDATE: A missing Texas teen who was believed to have been lured by a man she met on Snapchat has been found, her mother said.

A missing 15-year-old Texas girl may have been lured by a “much older” man from California she met via Snapchat, the girl’s family said on social media.

Heaven Ray Cox, of Orange, Texas, was last seen by her parents on Nov. 25. Detective Janois Grizzaffi with the Orange County Sheriff’s Office told the Beaumont Enterprise the teen’s parents first notified law enforcement of her disappearance around 3 p.m. Sunday.

She is described as being 5 feet 3 inches tall with blonde hair and brown eyes. She weighs approximately 113 pounds.

The teen’s mother, Tammy Day Cox, told authorities it wasn’t unusual for her daughter to sleep in late, but when she went in to check on her, Heaven was not in her bedroom. A note left behind indicated the teen might be heading to California, but did not include details about who she might be traveling with, Grizzaffi said.