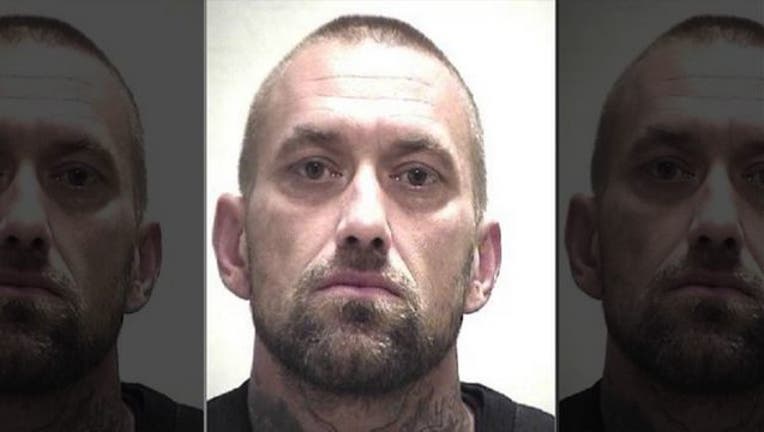 Olin Tannery, 39, was indicted on murder charges Tuesday after his 20-year-old son — whom he was convicted of assaulting at 6 weeks old — died in April. (Clay County Sheriff's Office)

FOX News -- A Missouri father who served time in prison for violently shaking his 6-week-old son in 1998 was indicted on murder charges Tuesday, months after the son, who survived to age 20, died of injuries suffered in the attack two decades earlier.

Back in 1999, Olin Tannery, 39, of Excelsior Springs, pleaded guilty to attempted first-degree assault for shaking and squeezing Dominic Pittsenbarger, then age 6 weeks, in 1998, the Kansas City Star reported.

Tannery was sentenced to 13 years in prison and was released in 2007.

The baby had suffered rib fractures, a fractured vertebra, subdural bleeding and head injuries consistent with shaken baby syndrome. Doctors predicted he would not survive.

But Pittsenbarger did survive — albeit with permanent brain damage — and was adopted by Wendell Pittsenbarger, whose last name he took.

The adopted boy used a wheelchair throughout his childhood and during high school, from which he graduated in 2017. He died in April from injuries he suffered when he was shaken two decades earlier.

"I love that boy and still miss him dearly. I think about him all of the time," his adoptive father told the news outlet.

Tannery was indicted on second-degree murder charges. Online reports indicate he remains in the custody of the Clay County Sheriff's Office and is scheduled to appear in court Friday.