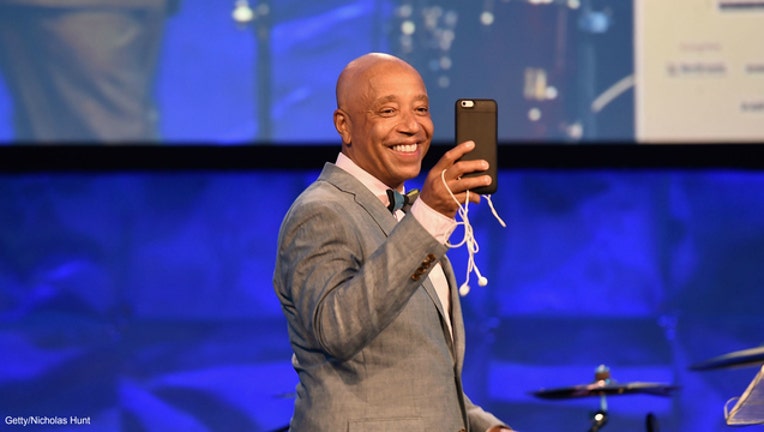 In a report Sunday in the Los Angeles Times, Khalighi says that Simmons coerced her to perform a sex act and later penetrated her without her consent in his New York apartment. She said the film producer and director Brett Ratner, who has also been accused by multiple women of sexual harassment, was present.

Khalighi said she asked Ratner, then a music video director and Simmons protege, for help.

"I'll never forget the look on his face," she told the Times. "In that moment, the realization fell on me that they were in it together."

Simmons, now 60, has denied the allegations in a statement, which he also posted to his Twitter account. He says everything that occurred between himself and Khalighi was completely consensual and with her "full participation."

"I'm deeply saddened and truly shocked to learn of Keri's assertions as to what happened over the course of that weekend," Simmons said in the statement.

He also detailed his own support of the #MeToo movement and the "brave men and women who have spoken out over the past month."

Simmons' statement, issued through his attorney Eric W. Rose, also included three witness statements in his defense. Two were anonymous and one was from Simmons' former assistant Anthony McNair, who said that he did not notice any visible signs of distress from Khalighi during that time.

The Times report also includes four additional allegations against Ratner, who was previously facing at least six allegations of misconduct from women including actress Olivia Munn. His attorney, Martin Singer, has denied all allegations.

Among the new accusers are, Tanya Reid, who was working as a hotel employee in Miami 1994 when she was 18. She says that Ratner, who had asked her if she wanted to appear in a music video he was shooting, exposed himself to her and pressured her into sex acts.

Representatives for Ratner did not immediately respond to requests for comment Sunday.

The article also describes a "boy's club" culture among Ratner and Simmons' circle of friends, which includes disgraced writer-director James Toback, who has been accused of sexual misconduct by hundreds of women, Roman Polanski and producer Robert Evans. Ratner's home in Beverly Hills, Hilhaven Lodge, was a frequent gathering spot and the alleged site of some of the improprieties.

Khalighi told the Times that she was motivated to come forward after reading the Nov. 1 report about Ratner. She says she called Simmons first and "urged him to disclose his past behavior" during a 27-minute conversation in which she says he did not deny her claims. She also says she spoke to Ratner about the matter 15 years ago.

"I'm coming out because what I've experienced privately is not matching what they are saying publicly and hypocrisy to me is repugnant," Khalighi said. "It's time for the truth to come out."