Extended interview: Expert explains how COVID-19 vaccines work and side effects after shots

Dr. Williams Moss, an epidemiologist and executive director of the International Vaccine Access Center at Johns Hopkins, explains how mRNA vaccines by Pfizer and Moderna work and why side effects are more likely after the 2nd dose.

CAMBRIDGE, Mass. - Moderna announced that it has shipped booster doses of its COVID-19 vaccine booster designed specifically to offer better protection against the South Africa coronavirus variant to the National Institutes of Health (NIH) for a Phase 1 clinical trial.

"While initial data confirms that the Moderna COVID-19 Vaccine (mRNA-1273) provides neutralizing activity against variants of concern, out of an abundance of caution, Moderna is pursuing two strategies against these variants," Moderna wrote in a press release on Wednesday.

But Moderna said out of an abundance of caution, the NIH clinical trials will evaluate the ability of new booster doses of its vaccine to combat the South African Variant and increase neutralizing immunity against other variants of concern.

Last week a laboratory study from Pfizer Inc/BioNTech, the first company to get emergency authorization for its COVID-19 vaccine, suggested that its current vaccine may generate a significantly less robust antibody response against the South Africa variant of the virus.

According to the in vitro study published in the New England Journal of Medicine (NEJM), lab results "indicated a reduction in neutralization," of the virus.

"We look forward to beginning the clinical study of our variant booster and are grateful for the NIH’s continued collaboration to combat this pandemic," said Stéphane Bancel, chief executive officer of Moderna. "As we seek to defeat COVID-19, we must be vigilant and proactive as new variants of SARS-CoV-2 emerge. Leveraging the flexibility of our mRNA platform, we are moving quickly to test updates to the vaccines that address emerging variants of the virus in the clinic.

As states ease restrictions and begin reopening as coronavirus cases plummet, medical experts warn that authorities could be overlooking potentially more dangerous COVID-19 variants that are quietly spreading throughout the country and around the globe. 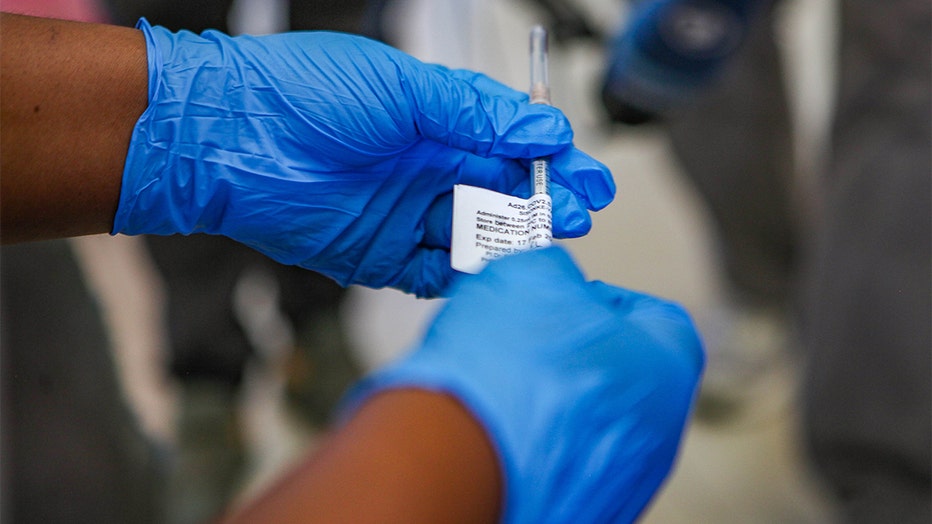 A recipient receives the COVID-19 vaccine at Chris Hani Baragwanath Academic Hospital at the commencement of the vaccination programme on February 17, 2021 in Johannesburg, South Africa. (Photo by Sharon Seretlo/Gallo Images via Getty Images)

Last week, Japan confirmed the discovery of a new, more contagious coronavirus variant, according to a report released by the country’s National Institute of Infectious Diseases (NIID).

A more contagious and possibly more deadly variant that was first identified in Britain has been found in at least 42 states. Other variants first detected in South Africa and Brazil have been reported across the U.S.

The South Africa variant is especially worrisome because of evidence it may diminish the effectiveness of existing COVID-19 vaccines.

According to the Japanese NIID report, 91 cases of the new strain have been identified in the Kanto region of Japan, roughly 64 miles north of Tokyo.

Over the past two weeks, the daily averages for both coronavirus cases and deaths have dropped by about half in the U.S., according to data from Johns Hopkins University. And as of Wednesday, over 40 million people — about 12% of the population — had received at least one dose of a vaccine.

"The public health response within the US needs to address not only SARS-CoV-2 variants from other countries, but also be vigilant for the evolution of domestic VOC (variant of concern) given the high levels of transmission in much of the nation," NIH researchers wrote in a study co-authored by Fauci.

Recently, NIH researchers found evidence that people who have been previously infected by the novel coronavirus appear to be protected against reinfection, though the extent to which that protection holds up against emerging variants remains unclear.

Some evidence shows that having already had COVID-19 may not protect against getting infected again with some of the new variants.

In South Africa, a vaccine study found new infections with a variant in 2% of people who previously had an earlier version of the virus.

In Brazil, several similar cases were documented with a new variant there. Researchers are exploring whether reinfections help explain a recent surge in the city of Manaus, where three-fourths of residents were thought to have been previously infected.

RELATED: COVID-19 antibodies were present for up to 3 months in people infected with coronavirus, NIH study finds

In the United States, a study found that 10% of Marine recruits who had evidence of prior infection and repeatedly tested negative before starting basic training were later infected again. That work was done before the new variants began to spread, said one study leader, Dr. Stuart Sealfon of the Icahn School of Medicine at Mount Sinai in New York.

California scientists also are investigating whether a recently identified variant may be causing reinfections or a surge of cases there.

"We’re looking at that now," seeking blood samples from past cases, said Jasmine Plummer, a researcher at Cedars-Sinai Medical Center in Los Angeles.

Dr. Howard Bauchner, editor-in-chief of the Journal of the American Medical Association, said it soon would report on what he called "the Los Angeles variant."