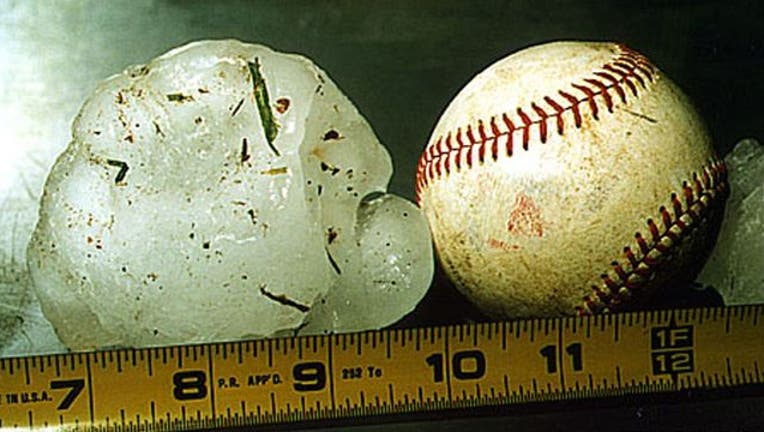 FOX NEWS - An Australian woman suffered severe bruising after she used her body to shield her 4-month-old baby from a brutal hail storm with softball-sized hail that shattered through her car window Thursday, reports said.

Fiona Simpson, 23, was driving with her grandmother, 78, and baby in Kingaroy, northwest of Brisbane, when a tornado and hail storm hit, smashing her window, Australia's ABC.net.au reported. She then covered her baby with her body as the hailstones came at them.

“We parked at the side of the road when the storm got too heavy and the hail blew out our windows,” she wrote in a Facebook post. “I covered my infant with my body to stop her from getting badly injured. Please, please be careful in this storm season.”

Simpson said she went into shock and her whole body felt numb when paramedics arrived, the Australian news site reported.

"It wasn't until I got in the ambulance that I realized that if I didn't do that she (her baby) could have been seriously hurt or killed, anything could have happened," she said.

Most of the skin from her left arm was shredded, while the other arm was "completely black" from bruises, the report said.