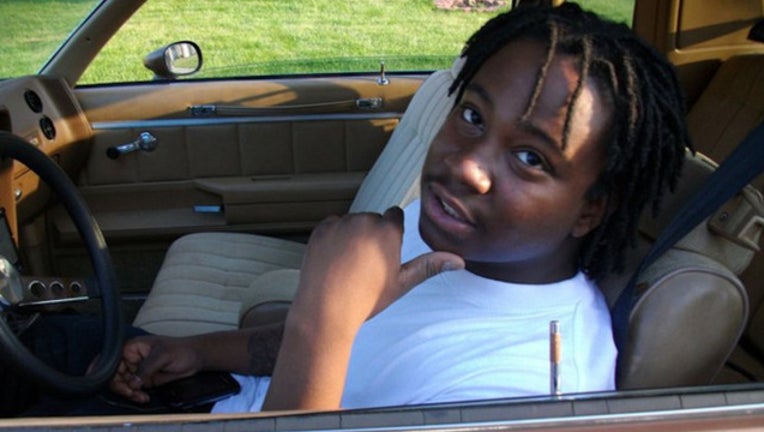 Kofi Ademola, an organizer for Black Lives Matter Chicago, said the group quietly planned for the tribute beside the A. Philip Randolph Pullman Porter Museum to be a more “intimate” gathering than others on the Southwest Side. In doing so, it also avoided a clash with pro-police Blue Lives Matter protesters similar to what was seen in Mount Greenwood in the days after Beal’s death, the Chicago Sun-Times is reporting.

But it also gave Beal’s mother, Tiffaney Boxley, an opportunity to vent her anger with police, including the officer who fatally shot her son while off-duty Nov. 5.

“He gunned my son down like my son was an animal,” Boxley said.

Authorities say Beal, 25, was shot to death after he pointed a gun at an off-duty officer and others during a traffic dispute at 111th and Troy. Video from the scene also appears to show Beal pointing a gun in the direction of police moments before he was shot.

Beal’s family members have said the incident began when an off-duty officer tried to run one of their relatives off the road.

Beal’s brother, 28-year-old Michael Beal, has been charged with aggravated battery to a police officer and attempting to disarm a police officer. He unsuccessfully tried to gain control of his brother’s gun during a struggle with one of the officers who fired the shots, prosecutors have said.

On Sunday afternoon, Boxley said her son lost his life — and another son’s freedom is now threatened — “all over nonsense. All over racism.” She said it happened “all at the hands of someone that’s supposed to protect you.”

Boxley complained about the Mount Greenwood neighborhood, an enclave for police and firefighters, where residents have pushed back against Black Lives Matter protests.

“The hatred that’s in that neighborhood,” Boxley told the crowd. “Now, these are people that, we pay their salaries, because the majority of people that live in Mount Greenwood are police officers, firemen and teachers.”

“I’m on a mission,” Boxley said. “And that’s justice for Joshua.”