MEDFORD, Ore. - An Oregon mother who died just days after giving birth to her fourth child has helped the lives of nearly a dozen others through organ donation.

Kathleen Thorson, who according to her husband’s Facebook post suffered a “massive hemorrhagic stroke” on Jan. 3, was also given an “Honor Walk” on her way to the operating room where the donation took place.

According to a fundraiser set up on behalf of the family, a nurse explained to Thorson’s relatives that the odds of all of her organs being viable for donation “is less than 1 in a million.” 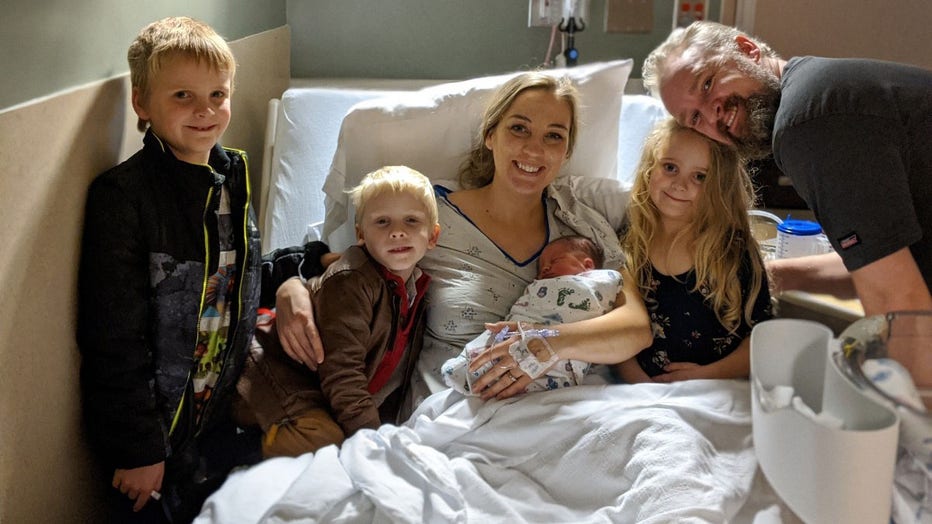 “We are so pleased to announce that Kathleen will be able to provide the prayed for miracle for nearly a dozen individuals who are waiting anxiously for an organ donation,” the post said.

As of July 2019, over 113,000 Americans were on the national transplant waiting list, according to OrganDonor.gov. An average of 20 people die each day while waiting for a donor match, and while 95 percent of U.S. adults support organ donation, only 58 percent are registered donors.

In his Jan. 8 post, which was three days before the donations took place, Thorson said his wife was “only still with us to honor her desire to be an organ donor.”

“I have never known a kinder heart nor a more generous spirit,” Jesse Thorson, her husband, wrote on Facebook. “My love for her is eternal, and I know there are so many who have had the gift of her love in their lives. Kathleen Thorson, you and I are just getting started. I will treasure every day with our beautiful children, and I will bring your spirit and your kindness to them every day. I truly am the luckiest.”