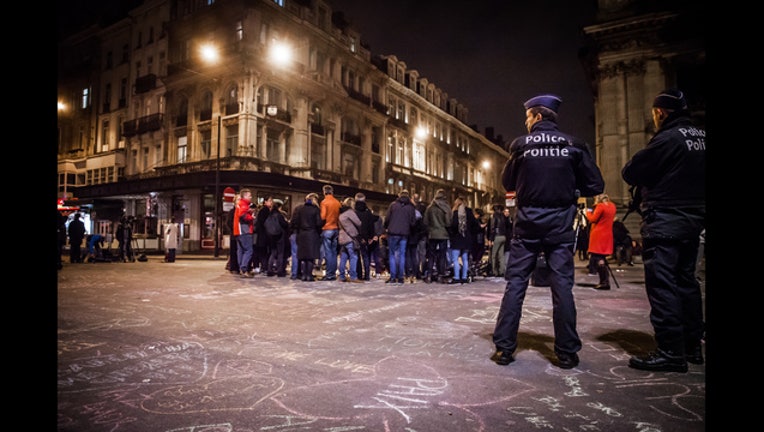 (FOX NEWS) - More explosive devices reportedly were turned up Tuesday as police raided homes throughout Belgium in a desperate manhunt for a third suspect believed to have survived the morning's coordinated bombings in Brussels, where at least 34 people were killed.

Belgian federal prosecutors said the search of a home in the Brussels neighborhood of Schaerbeek "led to the discovery of an explosive device containing among other things nails." Investigators also found chemical products and an ISIS flag.

At the same time, the death toll in the attacks was raised to 34, according to a Belgian security official who spoke with Associated Press. Belgian Health Minister Maggie De Block said that 250 others had been injured.

As ISIS claimed credit for the twin, rush-hour attacks, one at Zaventem Airport and the other at a Metro station near European Union headquarters, authorities carried out raids in the capital and in Antwerp that turned up what may be one piece of key evidence.

Check out the rest of the story here.