Authorities in Illinois discovered additional fetal remains Wednesday stashed in a car that had belonged to a doctor who performed abortions in Indiana, a month after his death led to the discovery of more than 2,200 other sets of remains in his garage.

INDIANAPOLIS - Indiana's attorney general said Friday that 165 sets of fetal remains have been found in the Chicago area inside a car owned by a late Indiana abortion doctor, boosting the total number of abandoned sets of fetal remains discovered at properties linked to him to more than 2,400.

Attorney General Curtis Hill said the 165 remains were discovered Wednesday in the trunk of a Mercedes-Benz parked at a business property in Dolton, Illinois, where Dr. Ulrich Klopfer had kept a total of eight cars.

Those remains are believed to be from abortions Klopfer performed in 2002 at his three Indiana abortion clinics, Hill said.

Last month, 2,246 sets of fetal remains were found in Klopfer's Will County, Illinois, garage, after relatives stumbled onto them while cleaning out that building after he died Sept. 3 at age 79.

Those remains, which have been returned to Indiana, were determined to be from abortions Klopfer performed from 2000 to 2002 at his clinics in Fort Wayne, Gary and South Bend. The Fort Wayne clinic closed in 2014, and the Gary and South Bend clinics closed the next year.

The new discovery brought the total number of sets of fetal remains discovered at properties connected to Klopfer to 2,411.

More fetal remains that were in the possession of a now-deceased doctor have been found in Cook County.

Hill, a conservative Republican who opposes abortion rights, said the disturbing discoveries represent "uncharted territory for all of us," adding that his office is committed to ensuring that all of the remains "receive a respectful final disposition here in Indiana."

"We are following the same protocol for these additional 165 fetal remains that we have already established," he said in a news release.

Klopfer was believed to be Indiana's most prolific abortion doctor, and Hill said Friday that he is believed to have performed tens of thousands of abortions during his career.

Indiana's Medical Licensing Board suspended Klopfer's medical license in 2016 after finding numerous violations, including a failure to ensure that qualified staff were present when patients received or recovered from medications given before and during abortions. 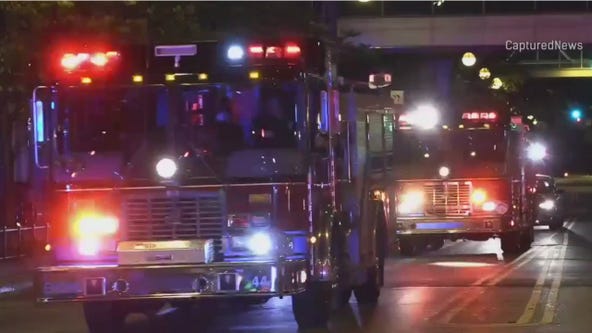